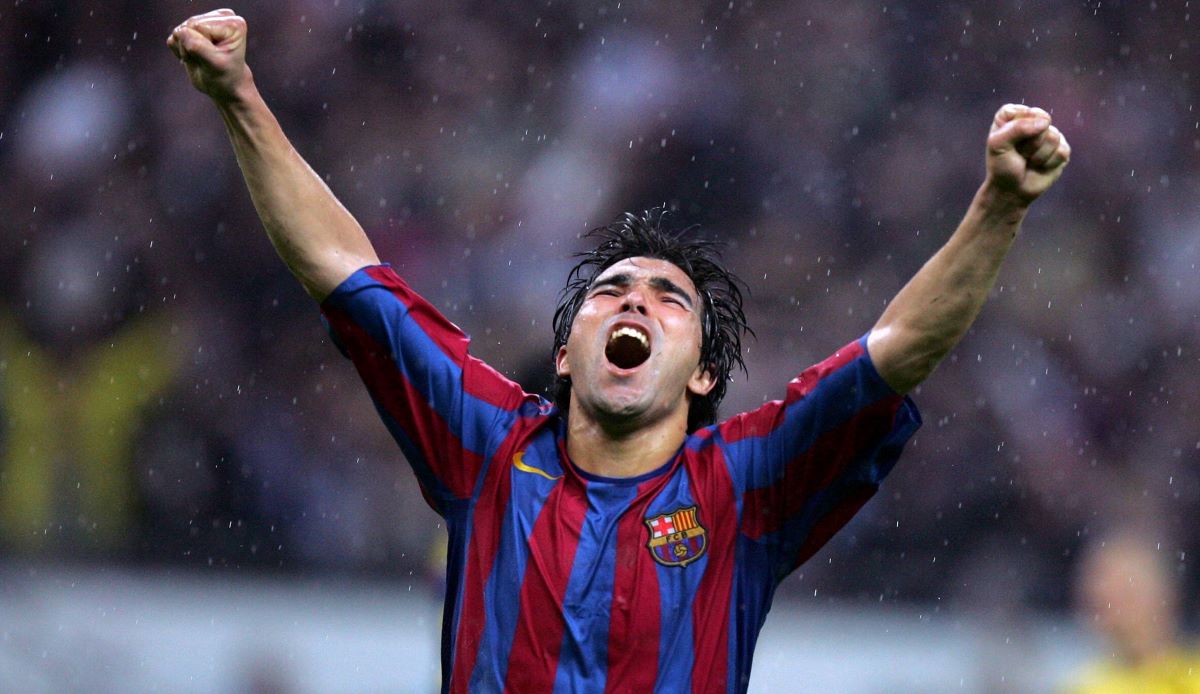 Deco was once about to sign with FC Bayern, the Portuguese himself already saw himself as a Munich professional. Ultimately, FC Barcelona, ​​who were initially rather disinterested, secured the services of the midfield icon – how it came about.

This article was first published in November 2020.

They got Torsten Frings. Lucio. Vahid Hashemian and Andreas Görlitz also came, later even Bixente Lizarazu returned. But the desired international top star, who was supposed to strengthen the German record champions in the summer of 2004 after a season without a title, didn’t come after all. And that despite the fact that Anderson Luiz de Souza, better known as Deco, almost felt like a Bayern player.

The Munich team put out their feelers to the midfield genius of FC Porto early on. “The Deco is one for FC Bayern, we are in negotiations,” said Franz Beckenbauer, the club’s president at the time, repeatedly.

Bayern had pushed the deal so far that Brazil-born but Portugal player Deco felt it was only a matter of time before he took the shirt off the Dragões exchanged for that of FCB after five seasons. “I wanted to leave Porto and I had two offers, from Bayern and Chelsea. I was sure I didn’t want to go to Chelsea. My Porto coach, Jose Mourinho, switched to Chelsea and wanted to take me with him. I like being under him worked, but it was time to become independent. That’s why it should be Bayern. My agent told me what they wanted to give me. Everything sounded good. I already saw myself as a Bayern player at the time,” Deco says in the book The godfathers of the league quoted.

But then another FCB intervened: FC Barcelona. Out of nowhere. And he ruined everything for the German record champions. Deco’s agent Jorge Mendes was obsessed from the outset to bring Deco to the Catalans alongside world-class professionals such as Ronaldinho, Xavi and Carles Puyol following Porto’s sensational Champions League triumph in 2004.

Those were Porto’s Champions League heroes of 2004

Mendes initially fell on deaf ears at Barca. President Joan Laporta rejected him again and again, but ultimately gave the players’ agent a few minutes because he absolutely didn’t let go. Curious: Mendes then didn’t talk around too much, but reached for his briefcase, from which he took a CD. Porto fans could be heard chanting loudly and in awe: “Oh Deco, oh Deco – you are the best player in the world.”

Laporta: “In the next few days, Mendes played this CD to me what felt like 50 times. I had to listen to it over and over again. In the end, I was so hot for the boy that I wanted him.”

This was the Barca starting XI for Messi’s debut

Far too much for FC Bayern, who were not used to such sums at the time. The most expensive signing at the time was Lucio, for whom Bayern transferred €12 million to Leverkusen. But even Deco suddenly didn’t think the Bundesliga was that great anymore. “If Barca calls you, there is no alternative,” Deco explained his refusal to Munich afterwards.

In the end, Deco could thank his advisor Mendes. In Barca’s outfit, the playmaker was once again the Champions League winner in 2006. He also celebrated the Spanish championship and the Super Cup there twice. In 2008 Deco retired after 161 appearances for the Blaugrana (20 goals, 45 assists) finally on. Chelsea knocked on his door again and was then awarded the contract.

Deco in the profile