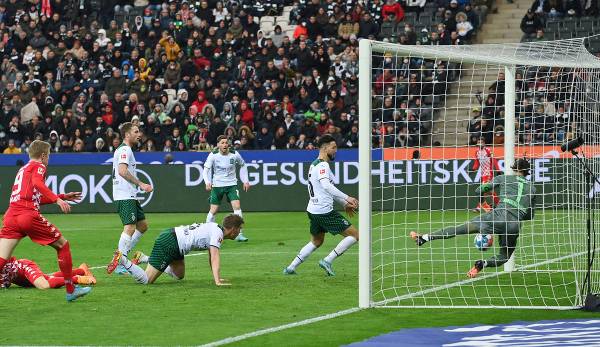 Borussia Mönchengladbach remains unpredictable and their coach remains at a loss. Bayern’s Dayot Upamecano surprises with a slightly different approach and a great talent is finally making a breakthrough in Augsburg.

Borussia Mönchengladbach managed the feat of covering an entire season in 90 minutes on Sunday. Against Mainz, the team completely dominated the opponent, had two thirds of the ball, generated eleven shots to two and a lead that was not too small at 1:0. Then Mainz changed their pressing, closed the center and with the kick-off of the second half, Gladbach’s glory was suddenly over.

It was only thanks to Yann Sommer that Mainz didn’t win the game with a difference of two or three goals. Only five shots from Gladbach were compared to 19 (!) from Mainz. A completely incomprehensible slump in performance that has been seen all too often from Borussia this season. And to which the coach once again had no answers.

Adi Hütter was unable to exert any effective influence, tried to counteract this far too late with his adjustments and the stale feeling of the last few months remains that things between the Austrian and this team will not get any better.

The potential is undisputed in this team, the quality of the individual players should be enough for a place in the top third of the table. The reality is twelfth place and without what is probably the best keeper in the league at the moment, Borussia would be in a much worse position…

2. This is the new Dayot Upamecano

Things didn’t always go smoothly in Dayot Upamecano’s first season at Bayern. The Frenchman made too many slight positional mistakes against the ball and also some in his own possession. Perhaps because the still only 23-year-old was a bit too impatient and wanted too much at once in some situations.

Against Freiburg and a particularly defensive opponent, there were hardly any passes of the “particularly risky” quality class. Upamecano had the most ball actions (114) and made the most passes (100) of any outfield player on the field.

Very striking: Upamecano largely avoided the passes, which should find their way to the teammate through the opposing lines. Instead, he limited himself to the mostly simple passes and made a much safer impression than in many other games this season. And when the opponent had to move up into the field after Bayern took the lead again, Upamecano only chose the semi-risky variant: His long shot over the opponent’s pressing on Kingsley Coman even became an assist.