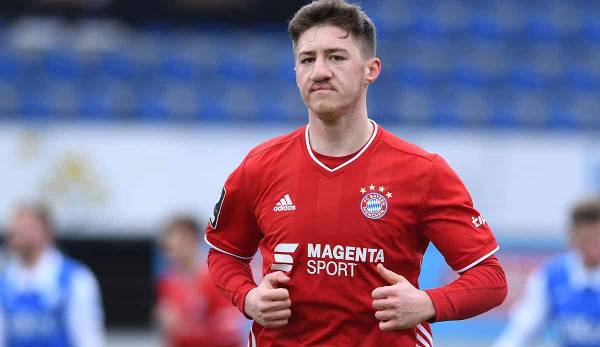 Angelo Stiller spent 2010-2021 at FC Bayern Munich before moving to TSG Hoffenheim on a free transfer. In an interview with SPOX and GOAL, the 21-year-old midfielder remembers a voucher from Uli Hoeneß, the club’s promises that were not kept and the moment when a farewell was inevitable for him.

Mr. Stiller, how did you settle in at TSG Hoffenheim?

Angelo Stiller: I feel very comfortable here. You can only develop as well as possible if you feel comfortable. I’ve played a lot so far and I hope it will continue like this.

Sebastian Hoeneß was your coach for the U19s and reserves at FC Bayern Munich. What role does he play for you?

silent: It’s always good to know the manager before you come to a new club. He knows my strengths and I know how he wants to play. You can see on the pitch that things work well between us.

He is the nephew of longtime Bayern manager and president Uli Hoeneß. Do the two have similar traits?

silent: I can actually only judge that for Sebastian Hoeneß. He is a very confident and objective coach who rarely gets really loud.

Did you meet Uli Hoeneß personally during your time at FC Bayern?

silent: I met him once. After a good season with the U17s, he attended a team dinner. He congratulated us and gave everyone a Media Markt voucher. We were all happy about that.

What did you buy with the voucher?

silent: A vacuum cleaner for my mother.

You switched from TSV Milbertshofen to FC Bayern at the age of nine. How did the change come about?

silent: When I was eight, I was invited to a trial class. I took part in the two years older team and should have stayed. But it was clear to me from the start that I would rather continue playing with my friends in Milbertshofen. After a year, Bayern got in touch again. Then my parents said that this chance might not come again. I had to grab her before it’s too late.

Were you already a Bayern fan at the time?

silent: Naturally. I had jersey and scarf and also a photo with Bastian Schweinsteiger on Säbener Straße.

In 2017, the youth department of FC Bayern moved from Säbener Straße to the newly built campus in the north of Munich. What has changed as a result?

silent: The opening suddenly gave you much better development opportunities. Everything on the Säbener was compact and rather small. On campus everyone had much more space for themselves. The best thing is the huge athletic room. For me personally, the shorter journey was also very convenient, I was there in five minutes.

Did you miss anything about Säbener Straße?

silent: no For me, the campus was better in every respect.

Did you miss the proximity to the professional team?

silent: In fact, I didn’t hear much from the pros at the Säbener. When they trained in the morning, we were still at school. When we trained in the evening, most of the pros were already at home.

There was any Connections between campus and professional team?

silent: From time to time players stopped by and there were photos of professionals training in the athletics room. I used that as an incentive.