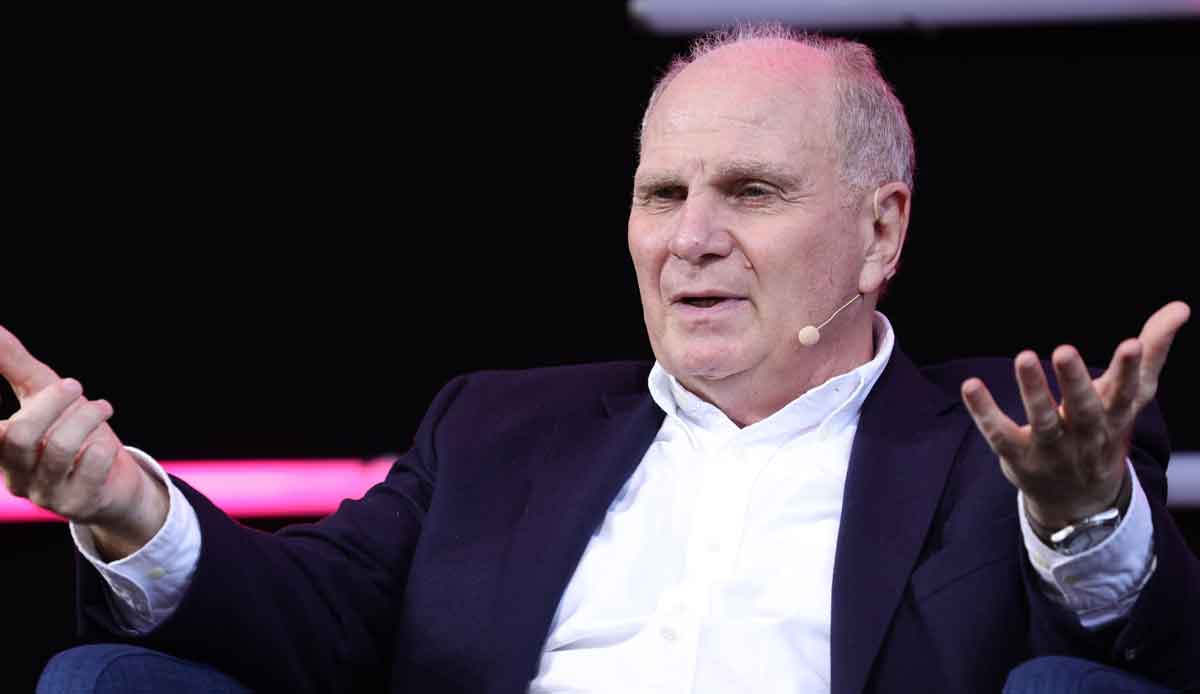 Honorary President Uli Hoeneß no longer wants to get involved too much in day-to-day business at Bayern Munich. “When I gave an interview, they said Hoeneß couldn’t let go, he still wanted to get involved, so I withdrew quite a bit. That’s a shame, but urgently necessary. Otherwise it affects Oliver Kahn or Herbert Hainer in the club as a whole. That’s what I want not because I get along great with both of them,” said Hoeneß in an interview with the Süddeutsche Zeitung.

He does not impose his opinion on anyone in the club, that applies to Marko Pesic, managing director of the basketball players as well as to CEO Oliver Kahn or sports director Hasan Salihamidzic, emphasized Hoeneß. He was “always ready to talk, but I no longer want to have direct influence. That could lead to irritation and I have absolutely no interest in conflicts,” emphasized the 70-year-old.

The German championship, which Bayern could win for the tenth time in a row against Dortmund on Saturday (6.30 p.m.), is “always the measure of all things for Hoeneß .” Julian Nagelsmann’s team are nine points ahead, according to Hoeneß, but “no one is happy and every game that isn’t so good is criticized”.

Hoeneß has high hopes for the basketball players in the new hall, which will be completed in 2023. “Then, in my view, a new era must begin at Bayern. You don’t have to be at the top by then, but you have to be internationally competitive,” he said. He expects “a real boost, quite apart from the fact that you have completely different economic options”.

He also wishes, Hoeneß continued, “that more big Bundesliga clubs not only push their women’s football, but also basketball. I think these three elements are good for every club because they go well together. Four, five clubs that took part – that would be great.”