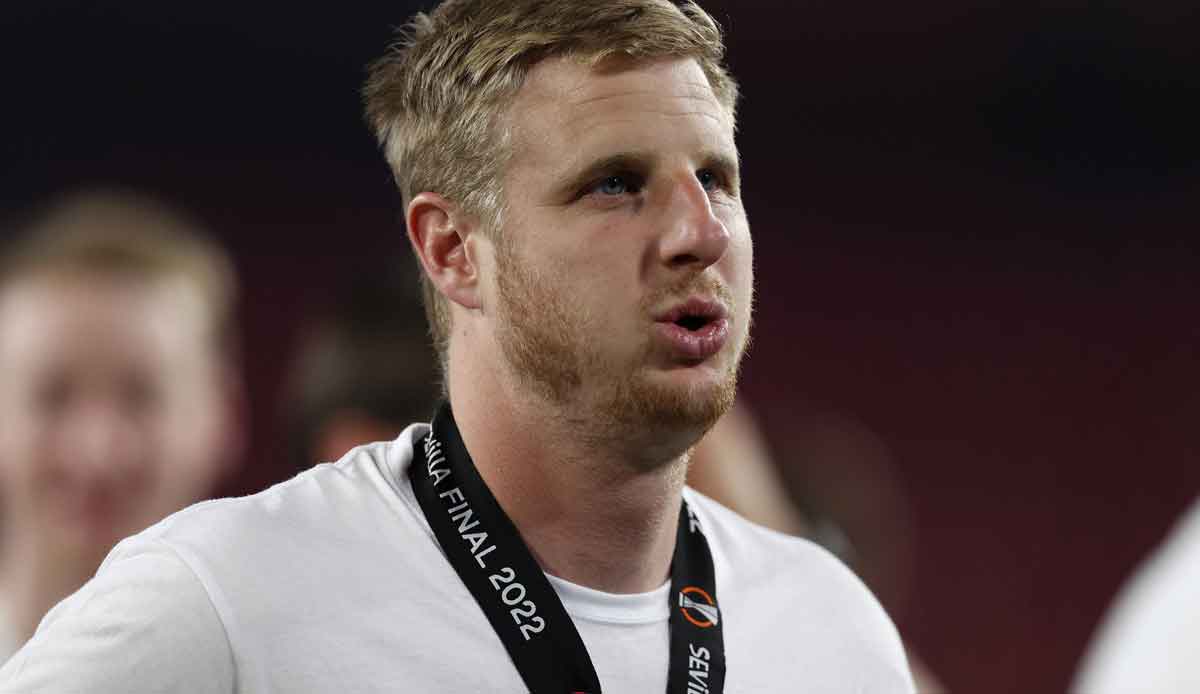 Frankfurt’s crowd favorite Martin Hinteregger has contradicted possible transfer rumors and made it clear that he will remain loyal to Eintracht: “I will definitely end my professional career at Eintracht Frankfurt,” said the central defender on the sidelines of his much-discussed Hinti Cup Crown newspaper.

The Austrian, who is still tied to SGE until 2024, described the recent rumors of a change as “nonsense. I’m not going to switch to Hertha Berlin either, as has been rumored.” After the old lady was said to be interested in Hinteregger, she had already sky denied that Hertha wanted to guide the 29-year-old to the capital.

Noisy Crown newspaper the player wants to sit down with Eintracht’s sports director Markus Krösche in the coming week to discuss the future. Hinteregger made 37 competitive appearances and scored one goal for SGE last season. He had to watch the successful Europa League final against Rangers due to a torn muscle fibre.

The fuss surrounding the business relationship with the right-wing extremist FPÖ politician Heinrich Sickl, who was involved in the organization of the Hinti Cup as a co-partner, was also discussed. Hinteregger said: “At first I thought the whole thing was just satire. Then it took on crazy proportions. I clearly distance myself from any right-wing ideas, everyone knows that! I just wanted to organize a hobby cup and party. This media one Chasing made me sad.”

After reports by the Austrian journalist Michael Bonvalot made the rounds, Hinteregger made it clear that “due to the current state of knowledge, any business relationship with the Sickl family will be terminated with immediate effect”. The Hinti Cup is now increasing without Sickl this weekend.