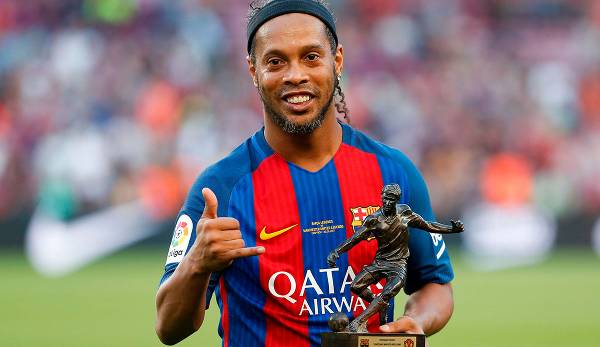 Before Sadio Mane became a world star in his own right, the Bayern Munich new signing looked up to El Hadji Diouf and Ronaldinho as a child and even worked extra shifts.

“They were my idols. They were outstanding players. I watched videos of them for hours and tried to imitate everything,” Mane said in an interview with the club’s Bayern magazine.

Mane also had the jerseys of the Senegalese and the Brazilian as a child. “My mother gave me an El Hadji Diouf jersey,” Mane said. He then became active himself at Ronaldinho: “When I was a little older, I bought one myself from Ronaldinho. I worked extra and earned money to save up.”

Mane continued: “It was a dream to have his name on the back. I didn’t want to take the shirts off, I wore a different one every day.”

The former Liverpool native gave insights into his childhood: “I was born in a small village in Senegal, it’s called Bambali. I grew up and went to school there. In my culture, parents are very important. You listen to them, you show them respect . I think these values ​​are very important in all areas of life and I’m grateful that I was raised that way.”

Sadio Mane: “In Bambali I am the Sadio from before”

Home visits are still important to him today, even if the tight schedule leaves him little time for visits: “Unfortunately, it wasn’t possible to do more than once a year in the past few seasons because we only had one winter break in my eight years in England .”

But he always feels very comfortable in Bambali: “Then I’m the Sadio from before. I play football with my old friends, we have fun together. I always enjoy coming back.”

But he also feels very comfortable in his new home in Munich – and has known them quite well since his time at Red Bull Salzburg: “I’ve actually been to the city more often, with friends. And we were also in the Allianz Arena once , in a Champions League game against Arsenal. At the time I couldn’t imagine that I would ever play there myself.”

Sadio Mane also spoke about why he doesn’t see himself as a global star.