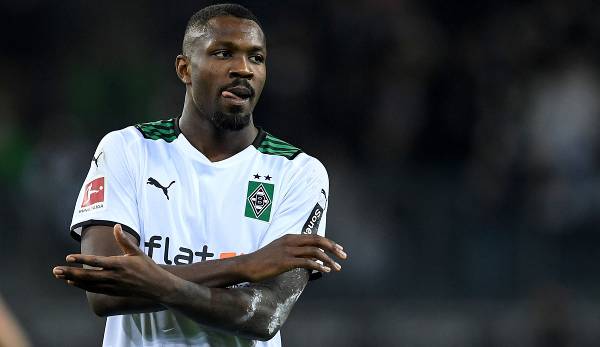 Marcus Thuram from Borussia Mönchengladbach was due to his appearance in the Sports News Africa Podcast criticized in the German media. The moderator of the podcast, ex-Gladbacher Ibrahima Traore, has now made it clear that the core statements have simply been mistranslated.

On Friday, several German media reported Thuram’s “settlement” with Gladbach and his ex-coach Adi Hütter and attached various quotes from the French-language podcast.

Traore, who now works as a TV expert in France, moderates the podcast and commented on the situation in the Gladbach fan podcast fully diamond. Traore explained that it was a “hilarious podcast between two friends, two brothers, who are kidding each other. And the French Connection that we talk about and connect with, they laugh about it.”

Traore offered an example of the podcast’s general stance: “I’ll say, for example, that Marcus Thuram was Marco Rose’s favourite. On the other hand, he didn’t really want me; we were two extremely different people.”

Traore also saw a translation problem as the cause of what he saw as incorrect reporting: “If you understand the podcast, then we laugh at Rami Bensebaini (…) we laugh at Alassane Plea. And that was actually it.”

But then there is a misunderstanding: “After that it came across wrong in the press. The reporting about it is completely wrong, what was reported does not even reflect the tone of this podcast.”

Ibrahima Traore: “Gladbach is my club”

And especially the part in which the two allegedly criticize Gladbach, Traore didn’t want to leave it like that: “It’s not even about Gladbach. If you want to talk about Gladbach: I played for Gladbach for seven years, I’m the biggest fan, that is my club.”

And: “I can’t understand the fact that Marcus and I are sitting there and talking badly about Gladbach.”

Traore then goes into individual parts of the reporting and provides important context. The podcast can be heard on Spotify.

Thuram didn’t have a particularly good season at Borussia, scoring just 3 goals (1 assist) in 21 Bundesliga games. According to media reports, he was also about to move to Inter Milan in winter. Ultimately, however, this did not materialize.