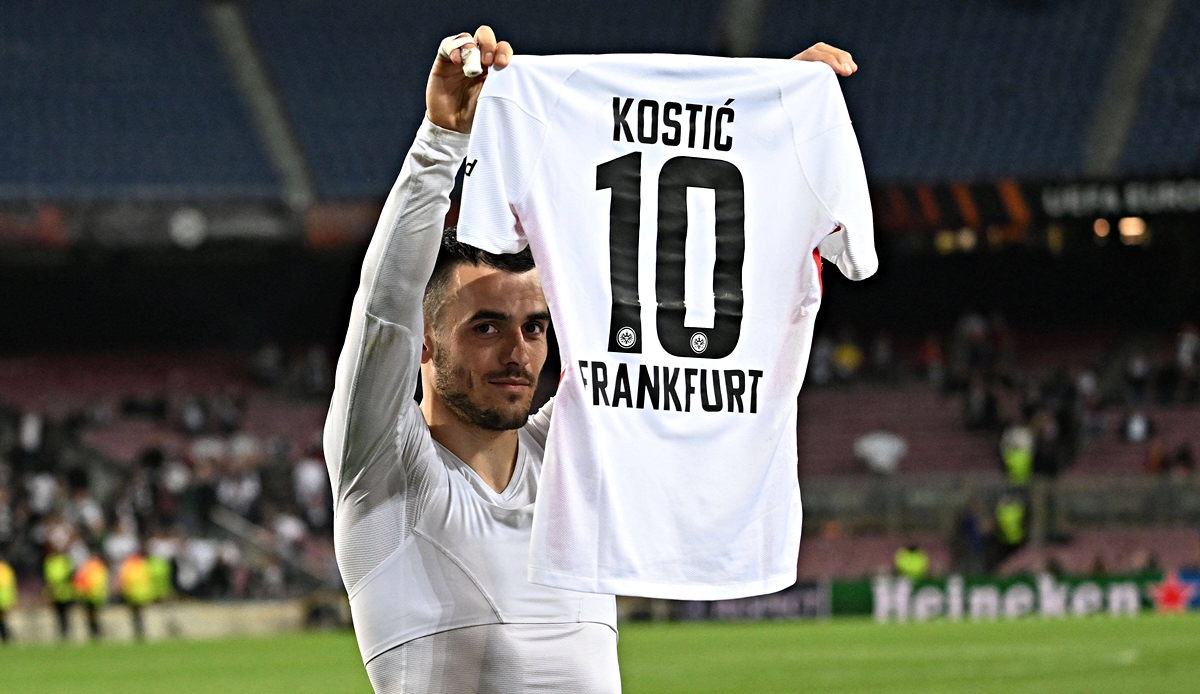 Filip Kostic leaves Eintracht Frankfurt as a legend. But after his move, the Adlerträger can grow as a team and get even better. A comment.

In 30 years, Eintracht fans will rightly look back on Filip Kostic as a legend. Just as we think of Jürgen Grabowski, Bernd Hölzenbein or Charly Körbel today.

In his 171 competitive appearances for SBU, he not only collected 97 points, he also scored points and titles with his strong performances at important moments.

Kostic gave his masterpiece on the way to the Europa League triumph at the Camp Nou at the big FC Barcelona, ​​when he was almost personally responsible for progressing with two goals and an assist. As a “hero”, as coach Oliver Glasner called him, he is now leaving the Adlerträger. But they don’t have to be sad. The story remains – and Eintracht looks to a positive future.

Without a doubt, Kostic was one of the reigning Europa League winners’ best players. But as a team, Eintracht Frankfurt has the opportunity to get even better without him. Because the team has actually developed away from the “Kostic system”. It is important to “search for the best possible system in which everyone can play to their strengths and we can have maximum success,” analyzed Glasner before the Super Cup game against Real Madrid (from 9 p.m. in LIVETICKER). The strengths of the Eintracht Frankfurt unit could be even greater without Kostic.

Because with Oliver Glasner, they brought in a coach last summer who has made a name for himself primarily through defensive stability. Glasner’s Wolfsburg reached the Champions League in 2020/21 with the second-best defense in the Bundesliga (37 goals conceded). A quality that you couldn’t get into the team even with Kostic’s tailor-made role. As a wing defender, he showed outstanding offensive performances, but repeatedly neglected the defensive aspects of his position.

The team is now free from Kostic. On the one hand, of course, this brings with it new tasks and requirements. On average 17 scorer points in the league have to be replaced. Others now have to take care of the moments that decide the game in important situations. But it also brings new freedoms for the team, which can now freely invent itself and set up based on the strengths of other players.

Eintracht Frankfurt has the quality to replace Kostic

It should be clear: A player for the left flank should still come. But that can be a completely different type – a real left-back, for example. Nobody comes with the burden of having to fill Kostic and his role one hundred percent. The fans shouldn’t put this burden on a newcomer’s shoulders either. But it can work as a team.

The team has enormous potential in game creativity. The development of midfield engine Djibril Sow is outstanding. With Daichi Kamada and Mario Götze there are two excellent playmakers in the team. The trio can take over Kostic’s game bridging, moving the ball forward and into dangerous positions.

In order to make even better use of this, sporting director Markus Krösche brought two new strikers into the squad in Randal Kolo Muani and Lucas Alario. The young defender with enormous development potential takes care of stabilization and then Christopher Lenz or a new signing on the left defensive side.

Frankfurt has all the qualities to be successful without Kostic. It’s normal for Frankfurt fans to mourn the departure of a legend. The fact that Kostic missed the duel against Real also shows “how messed up the business is,” said club president Peter Fischer.

But the fans can also look forward to a bright future – with different football, but the same unity.