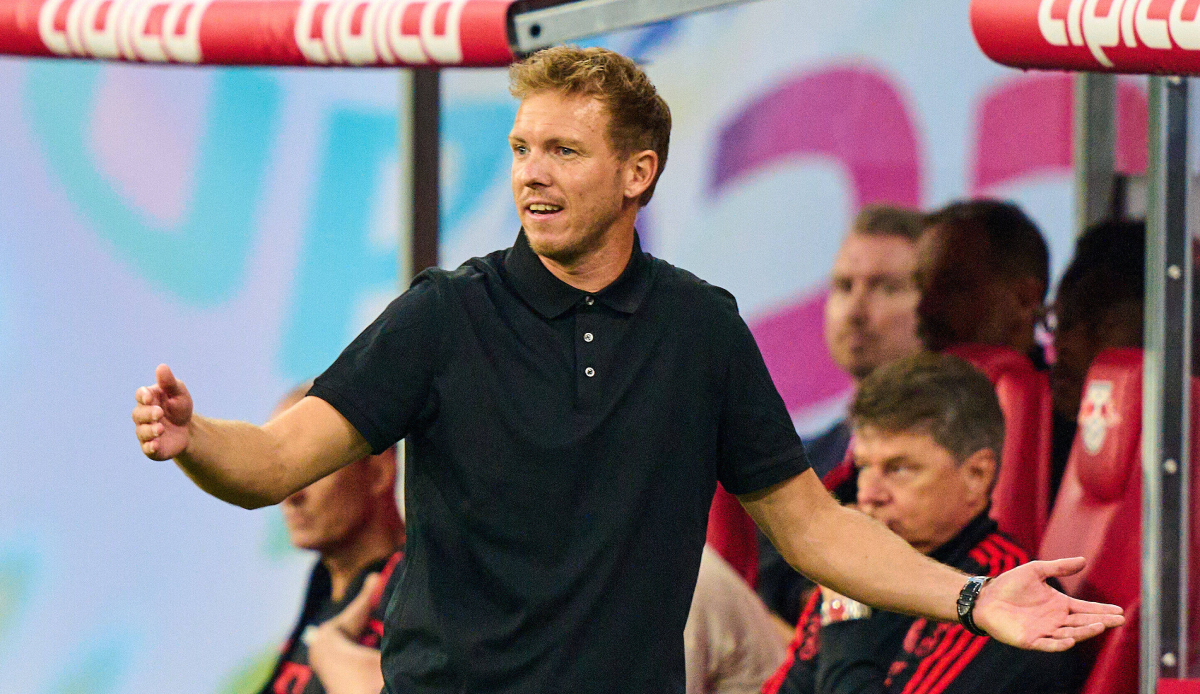 After FC Bayern got a good deal on the transfer market, expectations of coach Julian Nagelsmann have increased. That reports the sports picture. Accordingly, the 35-year-old is in his second season on the test bench.

The specifications would not only be that Nagelsmann wins more than one title, but that he also noticeably develops the young talents. On the transfer market, Bayern have strengthened their squad this summer with spending of over 130 million euros.

Hasan Salihamidzic, who was previously the focus of criticism, is now apparently about to extend his contract. That might put the pressure on the coach.

Many fans were disappointed that Julian Nagelsmann hardly relied on young players last season. The team initially struggled with corona cases and injuries in the second half of the season, but did not deliver convincing performances, especially in the decisive phase of the season. With the squad restructuring, there should now be no more excuses. Nagelsmann is required. Also because Robert Lewandowski, the top scorer of recent years, switched to FC Barcelona.

FC Bayern: Nagelsmann reflects on himself

During the summer break, the ex-Leipziger is said to have exchanged ideas with his leading players – also by phone. According to the report, Nagelsmann should want to adjust a few things compared to last season. For example, he wants to change the system less often.

“Now Julian has to prove that he can manage this team. The expectations of the fans and those responsible are higher, Julian has to show that he can also deal with dissatisfied players,” analyzes Lothar Matthäus in the sports picture. The ex-world champion sees the trainer as a “moderator of the squad asked”. Leaving the cup and Champions League last season was “not Bayern-like”.