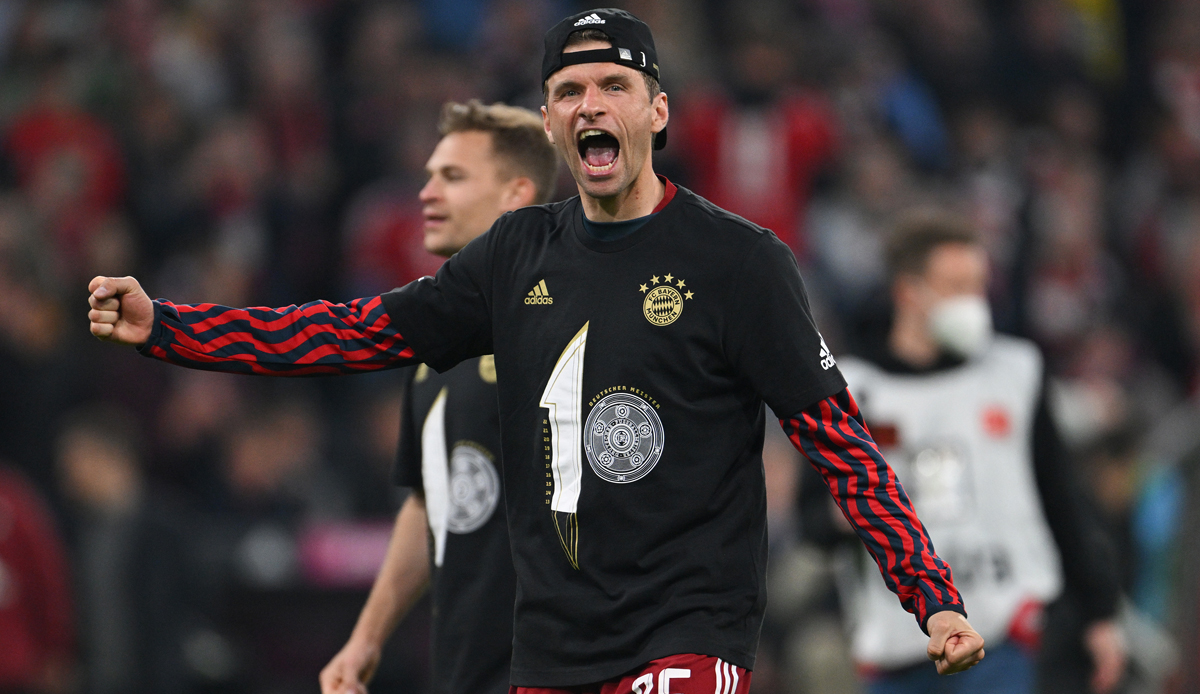 FC Bayern secured their tenth German championship in a row with a 3-1 (2-0) win over archrival Borussia Dortmund. SPOX has compiled the most important reactions.

… winning the German championship: “We deserved to become champions. If we hadn’t won today, it would have been a setback. The framework was right. That’s why, thank God, we did it today. We should have decided the game earlier. I’m still tender 34, it everything happened very quickly.”

… his first year at Bayern: “It wasn’t an easy year so I’m happy we ended it with the league title. The game in Gladbach was extremely tough. It was difficult to get rid of Villarreal. But we scored a lot of goals this season.”

… the contract negotiations between Neuer, Müller, Gnabry and Lewandowski: “I trust in Hasan and Olli. Lewandowski’s great importance is self-evident when you’ve seen his game. The truth lies in the coal. My wish would also be to extend with all four.”

… winning the German championship: “A very nice moment. As always against Dortmund. It’s the tenth time for me and always something special. We always want to win and always be German champions. We’ve often read that we’re beatable, but we’ve always come back. German champions it’s not that easy to become either. In the coming years you will see what a great success that is.”

… a possible contract extension: “Probably something’s going to happen. I’ve heard a lot from the media. I haven’t heard anything privately yet. A meeting is coming soon, but nothing special has happened so far.”

… his appreciation in the club: “You have to ask the club if they want to do everything to keep me.”

… winning the German championship: “It’s crazy, of course. It was important that we finish well after being eliminated by Villarreal. Everyone wants it, that’s what makes our team so special. When you’re playing for the championship against such a great team as Dortmund, that’s great. “

… a possible contract extension: “The talks will take place. The exchange is definitely there. Bayern aren’t pushing me. I feel very comfortable here. We have potential to play in the Champions League and that’s the most important thing for me.”

… winning the German championship: “We really wanted to. There was a lot of frustration. We were able to get that off our chests. Now it’s wonderful. As Bayern Munich you’re competing to become German champions. You have to get it on the pitch first . Becoming German champions is simply the most beautiful thing. The Champions League is just the icing on the cake. The fans go to the stadium for the Bundesliga.”

… the growing boredom in the Bundesliga: “The Kingsley has won the championship in each of its seasons. It’s not boring, it’s outstanding. The Corona period has damaged the Bundesliga teams. When you see how we played against Dortmund in the first half. You always have to do the maximum . I have to keep proving myself. It’s not a given that it always works.”

… a possible contract extension: “Now let’s see what happens in the next few weeks. From today’s point of view, it’s difficult to leave here.”

Bernd Neuendorf (DFB President): “On behalf of the DFB, I would like to congratulate FC Bayern Munich on the German championship. The consistency of the club is extremely impressive. This championship is certainly something special for FC Bayern not only because it is the tenth triumph in a row. Because For the first time since 2019, there were spectators in the stadium for the championship freestyle, who were able to celebrate their team extensively after they were not allowed to be there when they won the two titles due to the pandemic.Football is only half as good without the fans was once again impressively demonstrated on Saturday in Munich.”

Hansi Flick: (national coach): “FC Bayern is once again the measure of all things in the Bundesliga. The tenth championship in a row is an outstanding success for the club, the team and the many fans. I am particularly happy for my coaching colleague Julian Nagelsmann, his staff and ours National player. The German championship is the most honest title and the basis for further successes. Every title win gives self-confidence – and hopefully for our national players also tailwind for the upcoming tasks in the UEFA Nations League and as a highlight at the World Cup in Qatar.”

Oliver Bierhoff (DFB director): “The discussions about the lack of tension in the Bundesliga cannot detract from this great success. Being German champions ten times in a row is impressive and shows how well the club has been working for many years. This also applies to our national players around captain Manuel Neuer, who once again showed their class.”

Heike Ullrich (DFB General Secretary): “The tenth championship title in a row, the 32nd overall – there was no way around FC Bayern this Bundesliga season either. It’s one thing to get to the top. Staying at the top is often the even greater challenge FC Bayern Munich has been able to do this for so long deserves the highest recognition.”

Donata Hopfen (DFL Managing Director): “Congratulations to the team, the coaching team around Julian Nagelsmann and those responsible around Herbert Hainer and Oliver Kahn. Ten German championships in a row – this unique record and the title they deserved again this year underline the outstanding work of FC Bayern.”

Markus Söder (Prime Minister of Bavaria): “Congratulations to FC Bayern on winning the German championship! A great series with the tenth title in a row. FC Bayern is a figurehead for Bavaria all over the world. Bayern is proud of this achievement.”