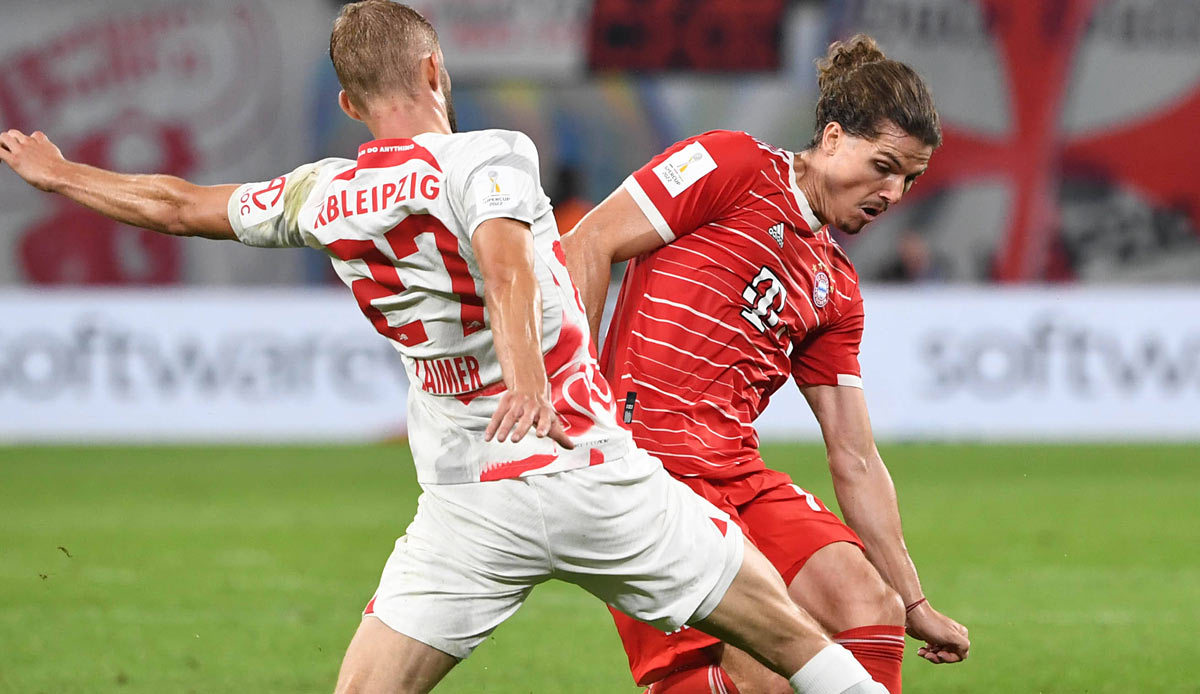 At FC Bayern Munich, a DFB young star towered above all in the first title win of the season, the unnecessarily wild 5: 3 against RB Leipzig in the Supercup. Konrad Laimer failed to provide evidence of how he could help Bayern.

Jamal Musiala always has to play

Jamal Musiala played 40 games in all competitions last season, scoring eight goals and six assists. Not a bad haul for a mere 19-year-old. But: The dribbler, who grew up primarily in England, was only in the starting XI 18 times.

Although Musiala’s great qualities are unquestionable and coach Julian Nagelsmann appreciates the creative national player who can basically be used in all positions that are not too defensive, there didn’t seem to be much to suggest that Musiala’s condition as a noble joker would change fundamentally in the new season.

On the one hand there is the enormous competition in Bayern’s midfield and attacking team, which hasn’t diminished with the additions of Ryan Gravenberch, Mathys Tel and Sadio Mane. But there is also Musiala’s special ability of not needing any acclimatization time on the pitch. If he’s on the pitch, the alarm goes off immediately.

But: Further gala appearances like against Leipzig would then bring his coach Julian Nagelsmann into serious explanations if Musiala was still mainly a substitute. “You have to emphasize Jamal, he did it incredibly well. That was world class today,” said Nagelsmann after the unnecessarily wild 5: 3 win against Leipzig and emphasized: “If he plays like that, the team cannot be imagined without him.”

FC Bayern: Julian Nagelsmann has to inflict pain on players

When Musiala was substituted in Leipzig after a good hour, the score was 3-0 for Bayern, and it was least of his fault that the game ended up being unnecessarily wild. Musiala was instrumental in all three of Munich’s goals in the first half:

But even in the game against the ball, not necessarily his strength due to his physical condition, Musiala convinced his coach in Leipzig. “He’s outstanding with the ball anyway, but he’s also become more reliable defensively. He did a great job there too,” said Nagelsmann. In fact, no player on the pitch won more balls in the attacking third than Musiala (four total), also nine tackles won as measured by StatsPerform are best, but he also lost eight duels.

Should Nagelsmann stick to the 4-2-2-2 formation used against Leipzig, Musiala’s natural habitat would still be one of the two playmaker positions alongside Thomas Müller. It would be exciting if Nagelsmann should at some point feel forced to choose between Müller and Musiala, who are very respectable in Leipzig. Also to let Leroy Sane, who sat on the bench in Leipzig for a long time, come to action. At the moment there is little to suggest that he will cause pain with his decision at Musiala.