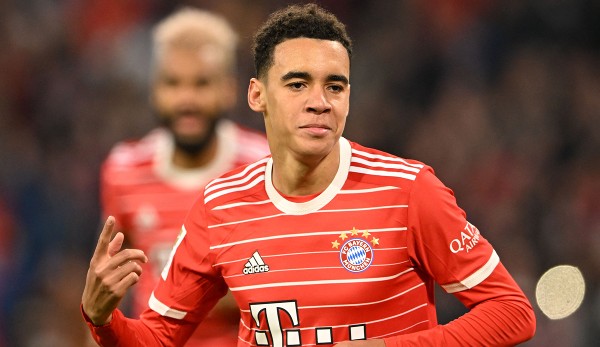 Bayern President Herbert Hainer wants Jamal Musiala to play for the German record champions forever. A return from Alexander Nübel would obviously be expensive. Also: Hainer wants more positivity with the German national team. All news and rumors about FC Bayern can be found here.

FCB boss Herbert Hainer hopes that Jamal Musiala will stay on Säbener Straße for a long time. The President presented in the Evening News clear: “He has a long-term contract with us and we want him to stay at Bayern for as long as possible – preferably forever.” Hainer indicated that an extension of the attacking midfielder could follow soon: “Hasan Salihamidzic already said that there were talks before the World Cup.”

At that World Cup, Musiala made a great impression on him, despite the early German elimination. The 19-year-old has shown that “at his young age he can keep up at a World Cup at the highest level and give impetus.”

Hainer is clear: “Jamal wants to be the best footballer in the world, that’s lived ‘Mia san mia’, I like that. We will accompany him on this path. (…) He just fits in here, the fans love him . With us season after season he has the chance to win trophies and play big games, Jamal knows that.” His contract runs until 2026.

A possible early return of Alexander Nübel (26) could be an expensive affair for Bayern. how RAN reports that AS Monaco will demand a fee of eight to ten million euros if Nübel moves to Munich this winter. A lot of money for the FCB loan, which actually returns to the Isar in July for free.

Nübel’s return is considered the most likely option at FCB to compensate for Manuel Neuer’s injury-related absence. The ex-Schalke player has been on loan to Monaco since 2021 and has developed well there. He is contractually bound to the German record champions until 2025.

Numerous other names are traded, including that of Yann Sommer (34, Borussia Mönchengladbach).

FC Bayern, News: Hainer does not want to “fall into negativism” after the World Cup

After the renewed debacle at the World Cup in Qatar, President Herbert Hainer of Bayern Munich called for strong cohesion with a view to the home European Championship in 2024. “You shouldn’t fall into negativism now,” demanded the head of the Munich club in an interview with the Evening News.

According to Hainer, German football should “bundle all forces” and show a “now more than ever mentality”. He thinks the decision that Hansi Flick will continue as national coach is right.