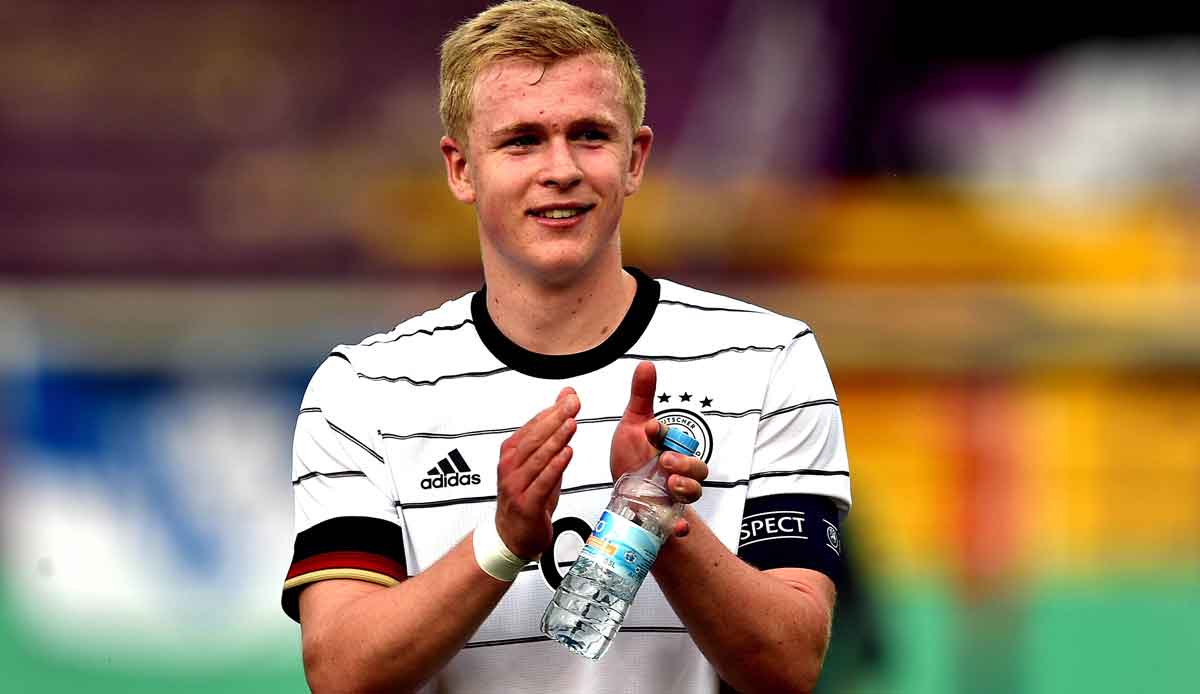 Under-21 captain Jonathan Burkardt has indicated that he will remain with Bundesliga club FSV Mainz 05. The striker said in an interview with Sky: “I’ve just had a great coach and a lot of match practice, which I really appreciate.”

He believes “that every player strives to get as high as possible and to play internationally at some point,” says Burkardt: “But you also have to be clear about what you have right now.” He gave his performance in the last Bundesliga season, in which he scored eleven goals, a grade of 2+. “Of course there could have been more goals if you look closely, but overall I can be very satisfied,” he said.

There is no news regarding his perspective in the DFB team of national coach Hansi Flick. “The next step after the U21s is always the senior national team if things go well,” said Burkardt: “But there is no exchange and I haven’t spoken to Hansi Flick anymore.”

Participation in the European Championship finals in Romania and Georgia with the U21 national team is “not a matter of course”. In the last qualifier on Tuesday (6 p.m./ProSieben MAXX) in Poland, Burkardt is hoping for revenge for the bitter first-leg defeat. “I think the 0-4 says enough. We definitely want to show that the Poles are not stronger than us and also allow Israel to compete fairly,” he said.