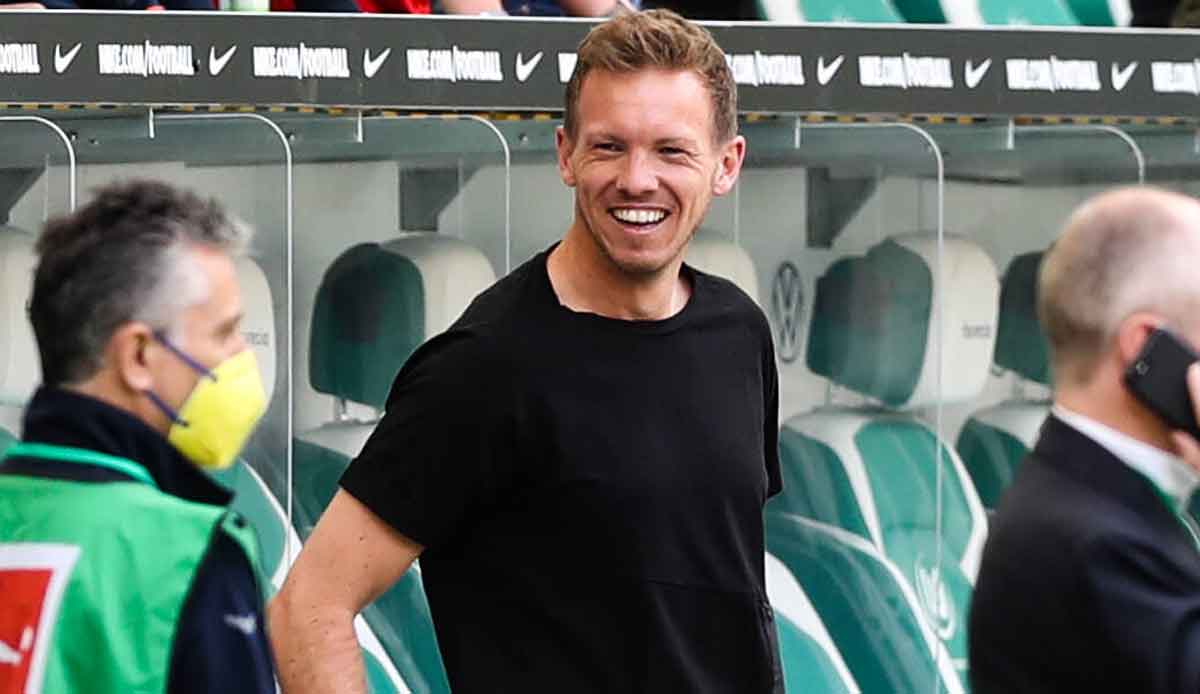 Bayern Munich coach Julian Nagelsmann praised Josip Stanisic and Dayot Upamecano for their performances in the 2-2 draw against VfL Wolfsburg. Before the defense reorganization, the two made clear recommendations.

At the press conference after Bayern Munich’s 2-2 win against VfL Wolfsburg, Julian Nagelsmann had to answer some annoying questions about Robert Lewandowski’s future and all the games without a win since the championship title was established.

But then there were at least two subjects that seemed to please the coach. It was about the two defenders Dayot Upamecano and Josip Stanisic, who made a good impression in the last game of the season – and thus positioned themselves for the competition in the new one.

The 22-year-old homegrown Stanisic was in the starting XI for the first time since a 4-0 win against Union Berlin in mid-March as the right link in a three-and-a-half chain. With a nice header, he put his team in the lead early on, his eight ball wins were the best at FC Bayern. Nagelsmann found Stanisic’s performance “very good”. “He scored a goal and also played well in other respects, was calm on the ball. I was very satisfied with that.”

The only fly in the ointment: Before the goals were conceded, Stanisic didn’t prevent the two flanks from his side. In the second situation, front man Leon Goretzka also let him down badly, which angered Stanisic. A lively, heated exchange of words followed between the talent and the triple winner.

Nagelsmann may also rate this reaction positively, as he recently complained about the lack of communication in the defense network: “Communication is important, but we won’t find that out this year. It’s about everyone taking responsibility and preferring to speak too much than too little. “

FCB notes: Bayern has a corner god and the Lewy gate to say goodbye?

Not known as a speaker is Dayot Upamecano, who came from RB Leipzig like Nagelsmann before the season and cost 42.5 million euros. Much more damaging than his possibly too rare announcements this season were his too frequent dropouts. The 23-year-old central defender from France made colossal mistakes with remarkable regularity.

In the final phase of the season, Upamecano seemed more secure, and he was also convincing in Wolfsburg: Upamecano recorded the most ball actions of all players and also shone with strong passing (93 percent) and tackle rates (70 percent).

“He has stabilized in the last few weeks. He played the last four or five games much more stably than in the months before. Now he has arrived very well and is also extremely accepted in the team,” said Nagelsmann and announced: “He will be next year will certainly be much more stable over the course of the year than was the case this year.”

FC Bayern: How is the defense going?

Stanisic and Upamecano are two of the current five players in the squad who are dueling for two or three central defender spots – depending on whether Nagelsmann uses the triple chain he loves. After saying goodbye to Niklas Süle, who voluntarily decided not to travel to Wolfsburg, Lucas Hernandez (26), Benjamin Pavard (26) and Tanguy Nianzou (19) are still available.

Pavard and Stanisic could also defend in a back four on the right, where new signing Noussair Mazraoui from Ajax Amsterdam should initially be set regardless of the system. On the left, Alphonso Davies is untouchable. The club may also sign another central defender, and there has recently been speculation about an alleged interest in Mazraoui’s Ajax colleague Jurrien Timber. Meanwhile, loanee Chris Richards could return firmly from TSG Hoffenheim.

The three remaining candidates already available did not make the best impression at the season finale, unlike Stanisic and Upamecano. Hernandez had his share of both goals conceded in Wolfsburg, the other two were not even used. Pavard has shown rather average performances lately, Nianzou disappointed in the penultimate matchday in the 2-2 draw against VfB Stuttgart and was substituted early.