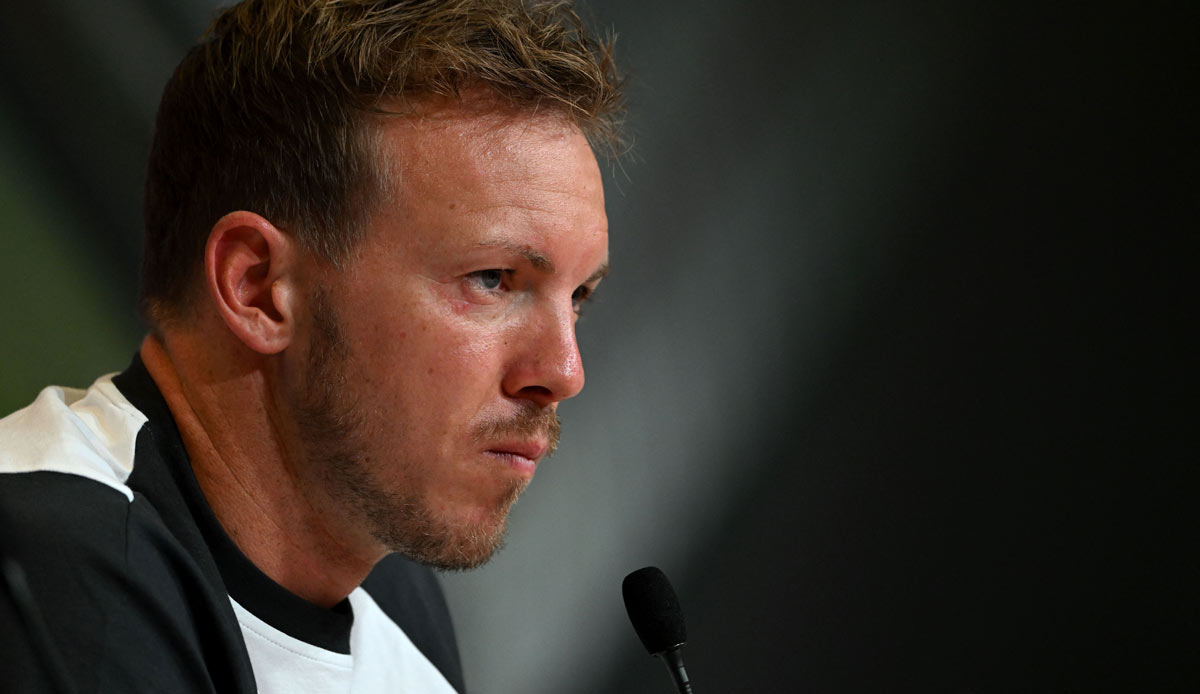 Coach Julian Nagelsmann gave updates on the personnel situation and the goalkeeper search at the press conference before the start of the second half of the season for FC Bayern Munich against RB Leipzig (Friday, 8.30 p.m.). You can read the PK here.

“Personally, it looks good,” said Nagelsmann. “Everyone who doesn’t have long-term injuries has reported back. Leon (Goretzka) still feels something, but it’s nothing dangerous. King (Kingsley Coman) is in full force. Matthijs (de Ligt) is in full force. The goalkeeping issue “It’s like I said after the friendly. Brazzo, Oli and Marco Neppe work summer and winter – wordplay – to strengthen the squad.”

Nagelsmann was “not yet” able to officially announce Sommer’s expected transfer from Borussia Mönchengladbach to Munich early Wednesday afternoon. But CEO Oliver Kahn and sports director Hasan Salihamidzic had already achieved a breakthrough in the weeks of negotiations. Nagelsmann was correspondingly “relaxed” on this topic.

The coach didn’t even want to rule out that Sommer will make his debut on Friday (8.30 p.m.) in this “very important game” with a “main competitor” for the title. In any case, an experienced goalkeeper doesn’t need a long period of adjustment, maybe “15 minutes. It’s not rocket science that you have to study for six months.”

The turnaround in weeks of poker to succeed the injured captain Manuel Neuer is said to have taken place on Tuesday evening. The Bavarians gradually increased their offer from four million euros plus two million bonuses to five plus three, then six plus two and finally eight plus one million – until Gladbach struck. Sommer is expected to sign in Munich by 2025.

13.47: Nagelsmann on the starting XI and Eric Maxim Choupo-Moting: “I’ve committed to six out of eleven positions. Choupo has a very good run. I don’t see any major reason not to let him start.”

13.46: Nagelsmann about the CL: “It’s already being discussed. It will be an even game against Paris, 50:50. We have to expand our position in the Bundesliga to have a clear head for the CL games against Paris.”

13.44: Nagelsmann about Mazraoui: “I haven’t heard anything new from our internists. It’s not as dramatic as it was with Phonzie. Health comes first. The peak of the disease has passed. I haven’t heard any new prognosis.”

13.43: Nagelsmann on the long-term goalkeeper future: “It doesn’t matter to me. My job is to organize the second half of the season in such a way that I’m firmly in the saddle in the summer. That’s the task of the sports director. In Manu we have an outstanding goalkeeper who hopefully will come back in the summer. Then we’ll be happy us by its great quality.”

1.40 p.m.: Nagelsmann about Ulreich: “Ulle is aware of his role. He knows the situation with Manu, that there is a clear number one. I see it as a duty to get a new goalkeeper. Ulle is aware of that. If we get a number two, we can rely on Ulle. When we need him, it’s important to be there – he gets paid for that. He never came up with the thought: ‘I’m number one.’ He’s intelligent and has a good character.”

1.39 p.m.: Nagelsmann on the adjustment period for a new keeper: “About 15 minutes. It’s quick. It’s not rocket science.”

13.38: Nagelsmann about the program: “The Bundesliga was at a high level before the winter break. I assume it will stay that way. I’m a big fan of the fact that you’re quickly challenged, that you get straight to the point. We have a good programme. We’re looking forward to that us.”

13.36: Nagelsmann about Ibrahimovic: “Ari has developed very well. The activity was outstanding, especially in the friendly. I’m glad he signed the contract. He’s extremely down-to-earth. He did very well for 30 minutes against Salzburg. He was also up in the training camp the right way. He will go his own way.”

13.34: Nagelsmann about Müller: “Thomas had an injury. Now he has played a good preparation like everyone else. Thomas’ readiness is extremely high. He is an extremely important player for me. We are very much in exchange. He is intelligent enough that he sees that Choupo-Moting did very well, but he’s also smart enough to know that he’s world-class at several positions. I don’t scare or worry about anyone. Thomas said competition makes the game. Don’t worry him will continue to play a major role.”

13.34: Nagelsmann on transfers: “I’m always relaxed when it comes to transfers. It’s not always just two parties that have to be satisfied. I give everyone the time they need. But we want a decision, not a long one. I’m a supporter of that to make the transfer windows different.”

13.32: Nagelsmann about the staff: “Personally, things are looking good. Everyone who hasn’t had long-term injuries has reported back. Leon is still feeling something, but it’s nothing dangerous. King is in full force. Matthijs is in full force. The goalkeeping issue is the same as me I said so after the test match. Brazzo, Oli and Marco Neppe work summer and winter – pun intended – to strengthen the squad.”

13.31: Nagelsmann on the game against Leipzig: “Leipzig is a main competitor for the title. They’re in a very good mood, unbeaten for ages. The counter threat is extremely high. They have a good positioning. If we win the game, we would have a good cushion. If we don’t win, it is very, very exciting again. It’s a very important game.

Before Beginning: If Yann Sommer is transferred, there could soon be movement. Like the Swiss View reported, Gladbach should agree with the desired successor Jonas Omlin.

Before start: Of course, Nagelsmann will also have to answer questions about Bayern’s transfer policy. What is the status of the search for a new goalkeeper?

Before start: FC Bayern returned from the training camp in Qatar a few days ago. Are all players fit? Who can hope for the starting eleven against RB?

Before start: Hello and welcome to the live ticker for the press conference with Julian Nagelsmann, coach of FC Bayern Munich. It starts at 1:30 p.m.

As an alternative to our live ticker, FC Bayern also offers a free live stream. You can find this directly at FC Bayern.