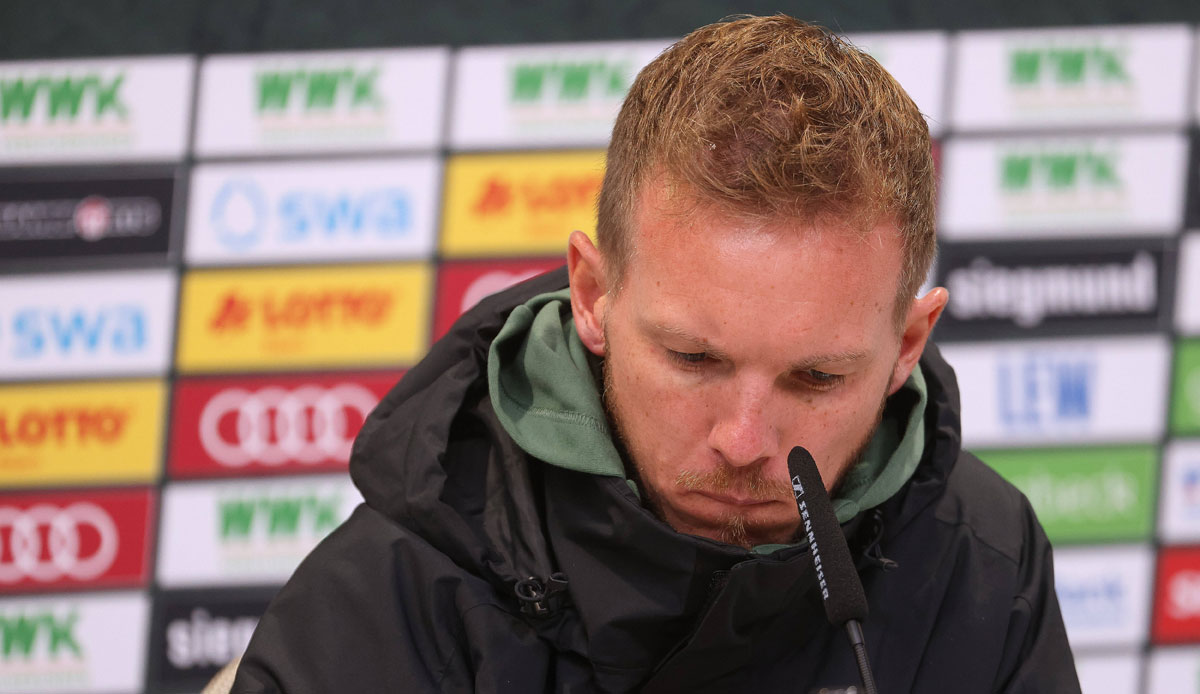 FC Bayern is well on course in the Champions League, but things are not going well in the Bundesliga at the moment. Coach Julian Nagelsmann has some homework to do in the upcoming international break. FCB’s four biggest construction sites.

After the 1-0 defeat against FC Augsburg and the previous three draws in a row, Bayern have been without a win in the Bundesliga for four games. That hasn’t been the case for over 20 years. The yield of a meager twelve points from seven games is the worst record at the start of the league in twelve years.

Comment on FC Bayern: helplessness with a touch of whitewashing

The good start in the Champions League, where they recently clinched a lucky win against FC Barcelona, ​​does not hide the poor performance in the Bundesliga: the discrepancy between the two competitions is huge. In the upcoming international break, Nagelsmann wants – or has to – think about it and find solutions. Noisy sports1 he is said to have even asked some players to report before the traditional Oktoberfest visit. CEO Oliver Kahn announced a 14-day analysis.

Bayer Leverkusen (September 30) and Borussia Dortmund (October 8) are two opponents who will certainly not make things any easier for his team than Borussia Mönchengladbach, Union Berlin, VfB Stuttgart and FCA. But on the contrary. Nagelsmann now has to fix these four major construction sites in order to reverse the negative trend.

FC Bayern: Lack of efficiency in front of goal

“We let a lot of chances flow out of the stadium in the first and second half,” said Nagelsmann, visibly pissed off, at the press conference in Augsburg and quarreled with the many overman situations that have remained unused in the past Bundesliga games and played out “laissez-faire”. became.

With 19 degrees and an expected goals value of 1.62 (xG, source: Stats Perform), Bayern even managed to go without a goal in the Fuggerstadt for the first time in 87 games in the German upper house – apart from the fact that Augsburg had a higher xG value (1.78).

Even with the three previous draws, it hadn’t rang the bell in the opposing box often enough. In the 1:1 against Gladbach (xG value of 2.82), in the 1:1 at Union Berlin (xG value of 1.51) and in the 2:2 against Stuttgart (xG value of 2.2) the German record champions also silted up numerous top-class players. A large number of chances, which in recent years, even with Robert Lewandowski, have resulted in goal celebrations much more frequently.

Nagelsmann had to put up with the question of the missing centre-forward at least since the draw against Gladbach, when Yann Sommer could not be overcome more than once despite 20 shots on goal. After the game against Augsburg he admitted: “We substituted the classic nine with Choupo-Moting from the bench today and we don’t have anyone else.”

His subsequent words fueled the debate about a missing Lewandowski replacement even more. “It doesn’t really matter what I answer now. If I say no, it says: ‘He doesn’t recognize the problem’. If I say yes, then everyone writes: ‘He misses Lewandowski’. It doesn’t matter what I’ll answer,” he said snotty.

The plan to intercept the departure with the top-class offensive collectively sounds good, but is far from mature. The problem: The time has long since come for the new way of playing to be internalized and its potential to be exploited.