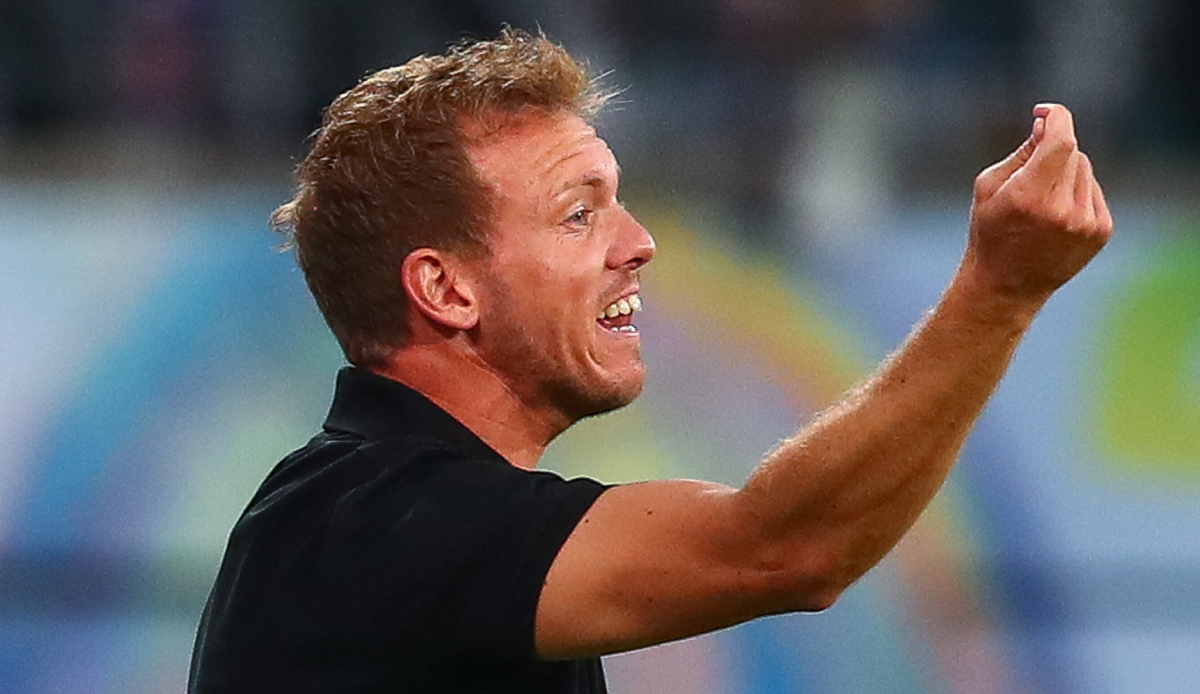 Julian Nagelsmann takes a critical look back at his first season at Bayern Munich. In the second year he therefore wanted to “deviate somewhat from my path”, as he said in an interview with the FAZ has betrayed.

“I probably underestimated that the one-to-one conversation in the office is more important for some players than I might have imagined as a coach,” analyzed the 35-year-old: “Accordingly, I haven’t had enough conversations that are important for the players. They have to feel that they are being noticed. That was an important lesson.”

The communication with the leading players was the most important learning from his debut year: “How I take them with me, how they let me share my ideas.” At the same time, Nagelsmann also wants to change things in the sporting area.

As a trainer, he has been particularly successful with various exercises that are sometimes complex or deliberately overwhelming. Adapting to the opponent also played a major role.

“The players weren’t used to it at FC Bayern,” said Nagelsmann: “In the really big clubs, you don’t adapt to your opponent that much.” He will therefore shorten the opponent preparation in the future.

Sane among legends: These players scored on their Bayern debut

Julian Nagelsmann: Bayern has lost “faith in the way”.

“In the second half of the season we lost a bit of faith in the variable game,” said the ex-Leipziger. “This FC Bayern self-image – you get off the bus and are already 2-0 up” has been lost.

Nagelsmann demands from his players that they “have so much confidence in our processes that we say: 0: 3 we’ll catch up!” Then the club will also be successful. The fact that he has moved into an important moderation role, especially in the media, does not bother him so much. “I can take it, too,” said the native of Landsberg.

Only the sometimes wrong contextualization of his statements is a problem. “What’s most annoying is that the questions are usually not reproduced,” Nagelsmann complained and gave an example of the reactions to his statements about Harry Kane: “I gave a harmless answer. Then it said: That’s disrespectful. But nobody has I wrote that my CEO had just said something about Harry Kane and that was the question.”

Nagelsmann also has to moderate many internal issues that appear in public. When asked how he deals with the fact that almost everything sooner or later in the picture standing, the Bayern coach replied diplomatically: “In football, information is pushed through because there are many interest groups. Everyone wants leverage.” He doesn’t think that’s a good thing, “but you have to be able to live with that as a coach.”

It was also clear to him that his new relationship with a picture-Reporter provides a target for attack. “I certainly don’t want to damage my own career,” said Nagelsmann: “As a coach, you are 100 percent dependent on how your players implement your ideas. I really understand that this accusation can come. But in what interest should I tell you something ?”

And if he did, he would be “the first to be fired.” He and the players all have the same goal: “We want success, so I have no problem building relationships of trust.”