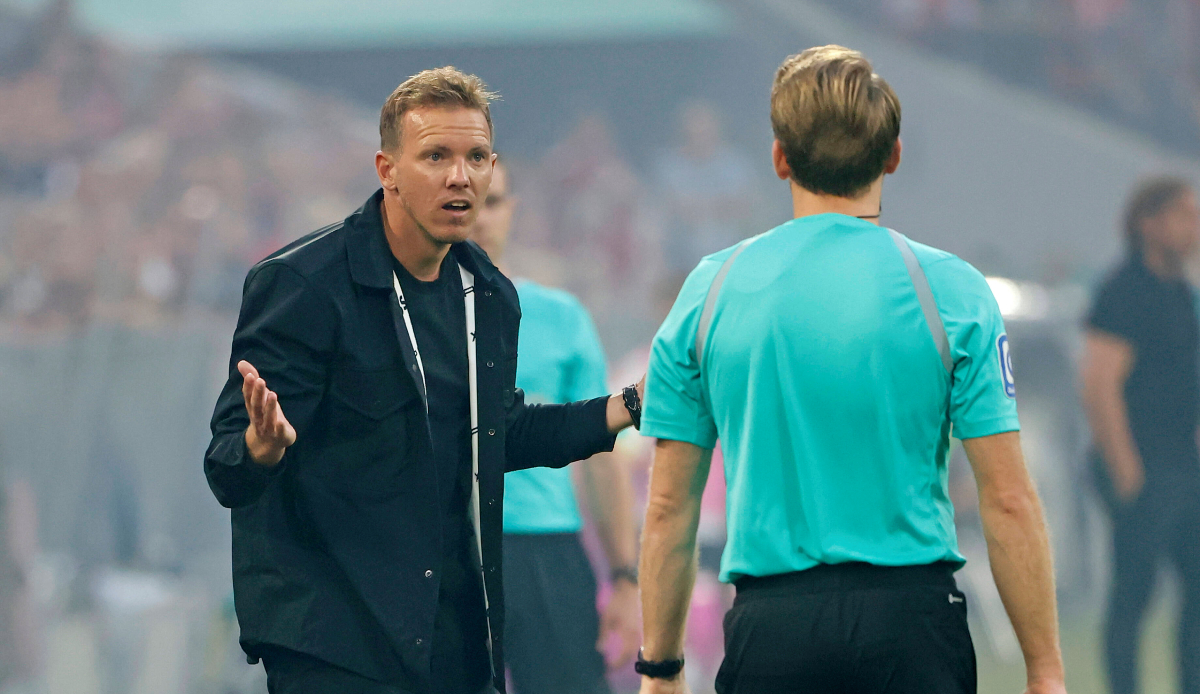 After the 1-1 draw against Borussia Mönchengladbach, Julian Nagelsmann was satisfied with FC Bayern Munich’s “best performance of the season”. He himself saw the yellow card on the sidelines because he had asked an “asshole question”, as he did sky admitted.

“I just asked if the headset worked,” said the Bayern coach after the game: “I was also annoyed with the referee who decided every 50-50 decision for Gladbach.” Joshua Kimmich also saw the yellow card. “I think it was the multitude of my actions that annoyed the referee,” he explained the situation when he just wanted to help his opponent on his feet: “It was the wrong situation to give me yellow.”

Bayern were also dissatisfied with Yann Sommer’s performance, who saved almost every shot. “We don’t know any different that Yann Sommer plays his game of the year against us,” said Thomas Müller. And so the record champions did not get beyond 1: 1. Nagelsmann was nevertheless satisfied with his team. “We have to score three goals by the 40th,” he analyzed: “It was our best game of the season so far.”

He was therefore angry about the result – and about Dayot Upamecano’s mistake, which allowed the guests to make it 1-0. “He wants a clean solution and wants to stay in possession of the ball,” said the 35-year-old, describing the situation: “He has to play it forward.” Nevertheless, he defended the central defender and praised him for the overall performance at the start of the season.

FCB grades: Even van Buyten 2.0 is not enough to win

Daniel Farke: FC Bayern is “the best and hottest team in all of Europe”

Both Nagelsmann and Kimmich explicitly praised the series champion’s defensive work. “We were absolutely in control, felt even more confident on the defensive than in other games this season,” said Kimmich: “Even if it sounds stupid, I think this performance was almost better than one or the other game. ” Bayern will probably not miss as many chances as in this game too often.

However, Nagelsmann did not allow a discussion about a real centre-forward. “We had 35 shots, that should be enough to win the next games. We also had 6-7 header chances, that should also be enough for the next games,” analyzed the coach. And if necessary, central defender Matthijs de Ligt, who didn’t score a goal, but showed his presence on the offensive after being substituted on, storms again.

“Gladbach defended deeply throughout the game, it couldn’t go much deeper. Then it’s clear that you have to play more on the wings,” Nagelsmann explained his approach: “There are only a few players in Europe who are as strong in the air as Matthijs .”

“Bayern Munich is currently the best and hottest team in Europe,” praised Gladbach coach Daniel Farke. At least in terms of the result, this time it wasn’t enough for the really big spectacle. After all, they defended their lead in the standings thanks to Leroy Sané’s late equalizer. Next Saturday (3.30 p.m.) they will travel to Berlin and play against second-placed Union.