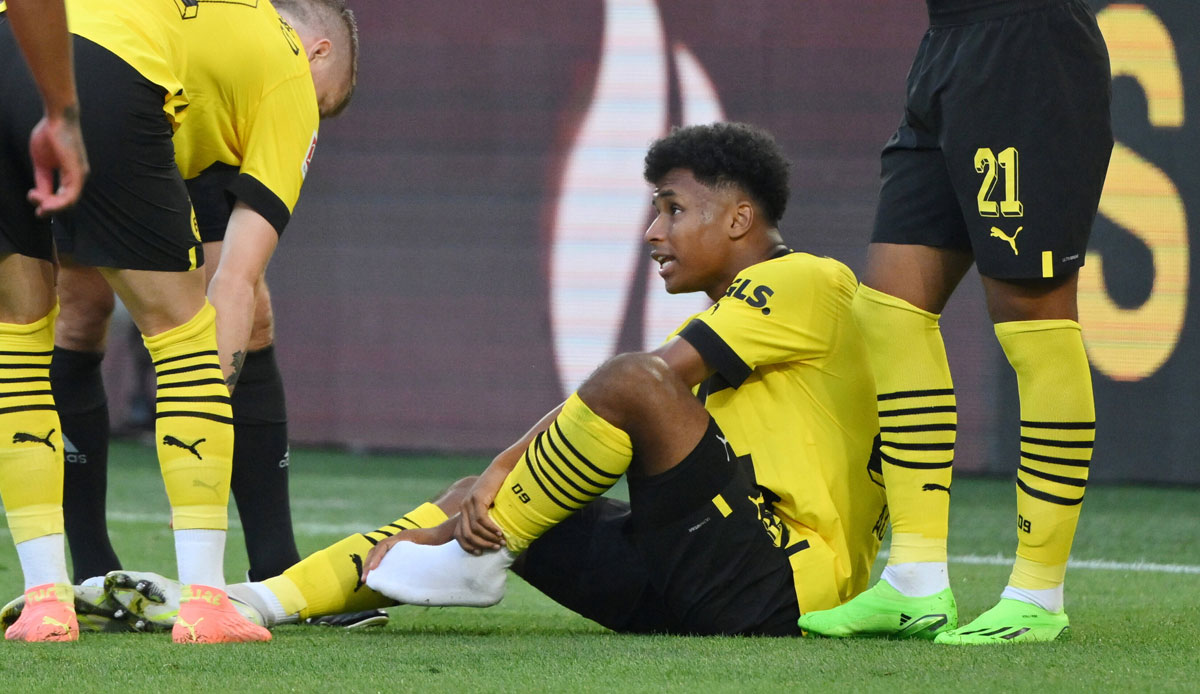 Karim Adeyemi was injured during the first half of Borussia Dortmund’s Bundesliga opener against Bayer Leverkusen.

The international had already injured his left ankle in a duel with Bayer defender Piero Hincapie in the 7th minute. A diagnosis is still pending.

Adeyemi didn’t let his pain show at first. In the 10th minute he had a decisive part in the opening goal. After a shot from the new signing, the ball was just cleared on the line before Marco Reus scored to make it 1-0 (click here for the live ticker).

Adeyemi then signaled several times that it would not go on. After a short break in treatment, he bit his teeth, but had to leave the field a little later in the 23rd minute. Thorgan Hazard came on for him.

Adeyemi was signed by RB Salzburg in the summer for a reported 38 million euros. The 20-year-old signed a five-year contract.

Nico Schlotterbeck also caused a moment of shock. The central defender had to have his ribs treated and had even left the field for a short time, but returned.