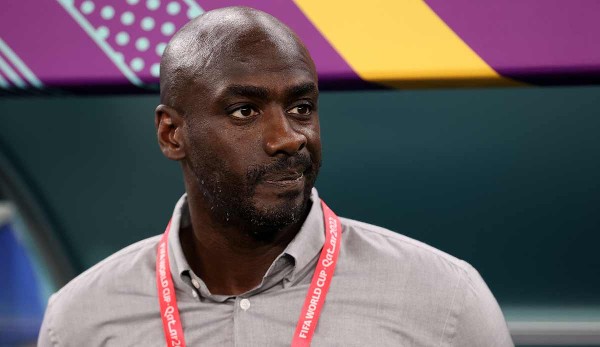 Tim Breithaupt from the second division club Karlsruher SC is said to be on BVB’s wish list. But there is notable competition. Also: Otto Addo is retiring as Ghana’s national coach and is returning to Dortmund. Here you can find all the news and rumors about BVB.

Borussia Dortmund could apparently get reinforcements from the second division for the new season. As the picture reports, BVB is one of several other Bundesliga clubs interested in Tim Breithaupt from Karlsruher SC.

Accordingly, Eintracht Frankfurt, VfL Wolfsburg, Bayer Leverkusen and Borussia Mönchengladbach are said to have put out their feelers for the 20-year-old.

The defensive midfielder, who can also play in central defence, played for SC Freiburg for three years as a youth and switched to KSC in 2017. This season he is one of the absolute regulars in coach Christian Eichner’s team.

His contract with the Badeners runs until 2024, and four million euros are mentioned as a possible transfer fee for the German U20 international.

BVB, News: Otto Addo retires from work for Ghana after the World Cup

As previously announced, former BVB professional Otto Addo will retire as Ghana’s national coach after the Black Stars are eliminated from the World Cup. “It was clear that I would retire after the World Cup. My family and I see our future in Germany. I like my role in Dortmund. Even if we had won the World Cup it would have been the end. It’s a family decision.” , said Addo after the 0:2 against Uruguay, which already sealed the elimination in the first round.

Addo took over as coach at Ghana on an interim basis at the beginning of the year and led his father’s home country to the World Cup. However, he made it clear early on that he did not see himself in this role permanently. The 47-year-old is employed as a talent manager in Dortmund, and his contract there runs until 2025.

BVB managing director Carsten Cramer made it clear on the subject of Jude Bellingham that Liverpool FC, which is very interested, cannot hope for a price reduction for the 19-year-old, despite the good relations between the two clubs.

Because of Jürgen Klopp, there was “a great deal of sympathy for Liverpool. We still have a good relationship with Jürgen and many others in Liverpool, which is why it’s my favorite club in the Premier League for me.” Nevertheless, the LFC should not expect any “gifts” from Dortmund, Cramer said on the sidelines of BVB’s Asia tour.

They are happy to have Bellingham “100 percent on board and the longer Jude plays with us, the better,” said Cramer.

In Dortmund, the Englishman still has a contract until 2025. In order to buy him out of his working paper, a club would have to put a tidy sum on the table. The transfer fee is up to 150 million euros.