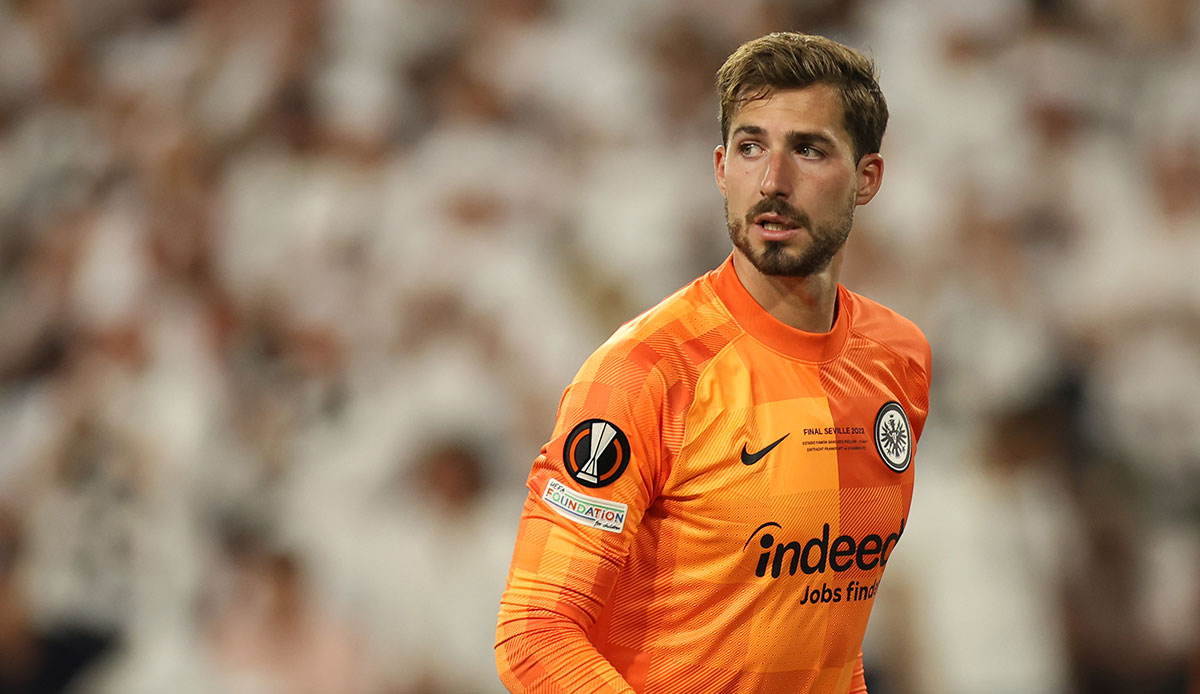 Kevin Trapp has commented on the rumors of a move from Manchester United. The national goalkeeper made a clear commitment to Eintracht Frankfurt.

“It is true that there is a written offer. Manchester United is a world club and I hope everyone can understand that I am dealing with such an offer and thinking about it,” Trapp wrote on Instagram on Thursday. “Yesterday, however, I informed those responsible at both clubs that I had decided to join Eintracht.”

Trapp added: “I experienced something unforgettable here with Frankfurt and we made history together. The start of the season was bumpy, but I have absolute trust in us.”

The 32-year-old, who won the Europa League title with Eintracht in the summer, is under contract with SGE until 2024.

According to media reports, ManUnited recently competed for Trapp’s services. The Red Devils are said to have offered the keeper a four-year contract.

Before Trapp’s confession, Frankfurt’s sports director Markus Krösche had ruled out Trapp’s departure. “Transfer rumors and speculation are part of it, especially in this phase of the season,” said Krösche Süddeutsche Zeitung: “Kevin is an exceptional goalkeeper, a leader and an important player. We are not interested in leaving.”

In general, however, transfer income is also “part of our business model,” explained the 41-year-old: “We sign players to achieve our goals. If we can do that, our players will be the focus of other clubs. And if a player’s development is faster than ours, it is natural to let him go – provided the financial framework is right.” After all, players “only have a certain amount of time in their careers”.