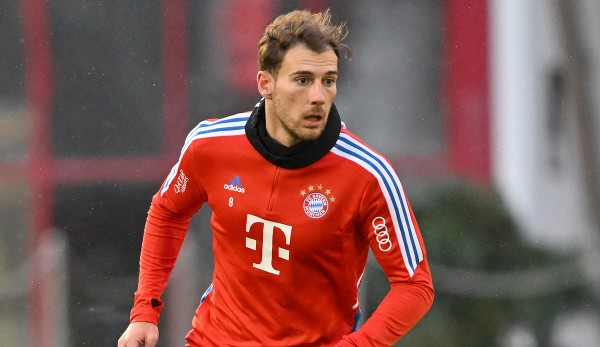 Leon Goretzka is absent from FC Bayern training, while Marcel Sabitzer is traveling to Qatar to follow the team. In poker around Yann Sommer, the German record champion apparently does not want to get involved in any games. Also: Bayern are probably thinking about a spectacular barter deal. All news and rumors about FCB can be found here.

According to sports1 However, it should not be a serious injury to the national player, Goretzka only operated “load control”.

There is also good news for Marcel Sabitzer. The Austrian did not initially make the trip to the training camp in Qatar because of the flu, but has now traveled to the team and should be fully operational again.

Borussia Mönchengladbach’s sporting director Roland Virkus put a stop to a move from Yann Sommer to Bayern Munich just a few days ago. “We will not give up Yann Sommer. We told Bayern that too,” Virkus told the Rheinische Post clear.

There should still be a back door for FC Bayern. With a correspondingly high offer in the millions, the Gladbach summer would move to Bayern. According to information from sports1 but you don’t want to get involved in such a poker game with the German record champions.

Accordingly, the FCB bosses do not want to pay more than four million euros for the Swiss keeper, Gladbach should in turn demand twice the amount.

Sommer still has a contract with the foals until the end of June 2023. The goalkeeper is to replace the currently injured Manuel Neuer at Bayern Munich. Sommer himself only recently made it clear that he could imagine moving to the Isar.

“The situation is challenging,” admitted Bayern coach Nagelsmann on Sunday. The search for a replacement for the long-term injured Manuel Neuer could “take longer, maybe nothing will happen at all”.

FC Bayern Munich is said to be thinking about a spectacular barter deal next summer: how Calciomercato web reported that the German record champions are interested in attacking player Rafael Leao from AC Milan. In return, Kingsley Coman could reportedly switch to the Italian champions.

According to the report, Bayern hope that Leao will not extend his contract in Milan, which expires in 2024. Then they want to submit the exchange offer with Coman to the Rossoneri, although the Frenchman had extended his contract in Munich until 2027 at the beginning of 2022.

Leao made his breakthrough at Milan last season and is now one of the most sought-after attacking players in world football. Real Madrid, Chelsea and Manchester City are also said to be interested in the 23-year-old Portuguese international. So far this season, Leao has scored eight goals and eight assists in 21 competitive appearances.