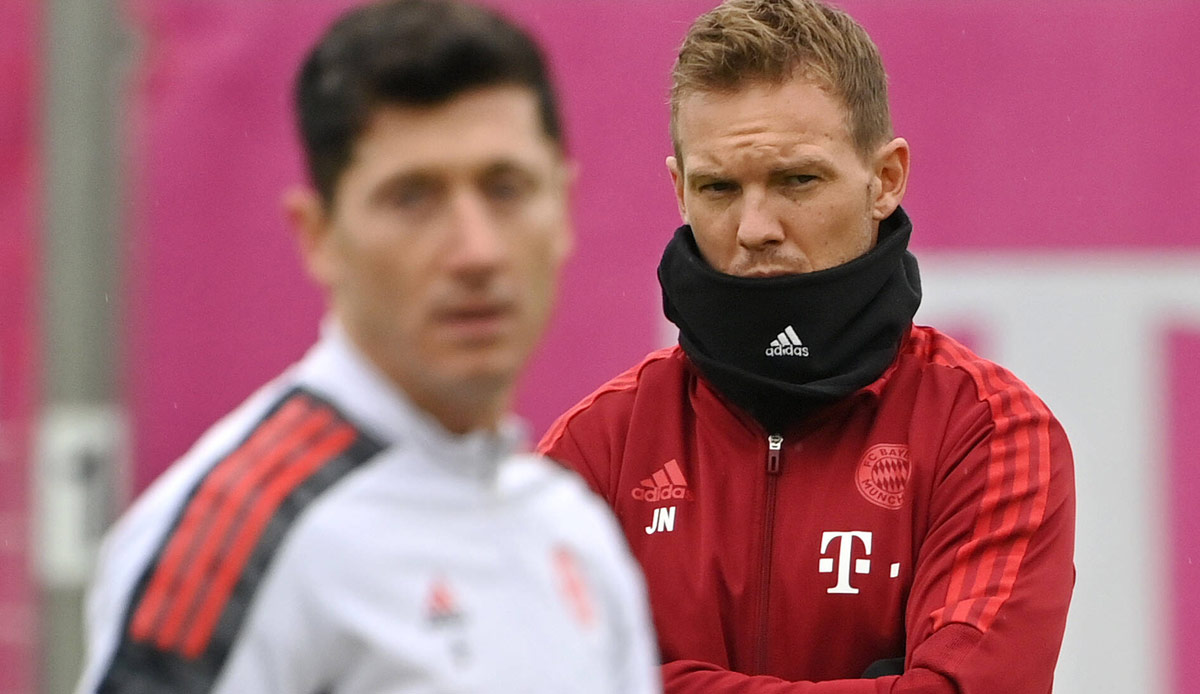 FC Bayern Munich does not come to rest in the Robert Lewandowski cause: a new report reveals a provocative reaction by the striker to an instruction from coach Julian Nagelsmann.

Like the people of Munich tz reported that Nagelsmann wanted to improve the goal yield when attacking via the flanks towards the end of the season and took the Pole aside during a training session to explain to him how he should position himself better when entering the ball.

In response, Lewandowski is said to have recalled that he, not Nagelsmann, scored 41 goals in one season, setting a new Bundesliga record.

As early as November, Lewandowski had clearly criticized the way Bayern played under Nagelsmann, which made life difficult for him on the pitch. “It hasn’t been easy for me at Bayern lately to find situations for a goal or a place on the field. When you play with six attacking players and the opponents are very defensive, it’s not easy for a striker,” said the 33-year-old at a press conference with the Polish national team.

Obviously, both of Lewandowski’s actions at Nagelsmann did not stick negatively. In May, when rumors were already circulating about the exceptional striker’s desire to change, Nagelsmann said at the press conference before the final league game against Wolfsburg: “I have a good exchange with him and know what his thoughts are. I know what my attitude and my thoughts are are.”

It started in 2016! The ongoing speculation about Lewandowski’s departure

Lewandowski in a clinch with the Bayern bosses

However, it only became very clear during the week that the rifts between Lewandowski and those responsible for Bayern run deep. There he repeated his desire to move this summer and said that “something had died in me” and that he wanted to leave FCB “for more emotions in my life”. It was “impossible for him to ignore it. Even if you want to be professional, you can’t make up for it”.

Those responsible for sports director Hasan Salihamidzic and CEO Oliver Kahn had repeatedly insisted on compliance with the contract period until 2023 and thus consistently put a stop to Lewandowski’s departure in the summer for the time being.

A ban on changing the club would have negative effects on future transfers, the Pole emphasized: “Why? Which player wants to come to Bayern when he knows that something like this could happen to him?” He wishes for loyalty and respect: “I was always ready, I’ve spent eight beautiful years here, I’ve met so many wonderful people and I want it to stay that way in my head.”