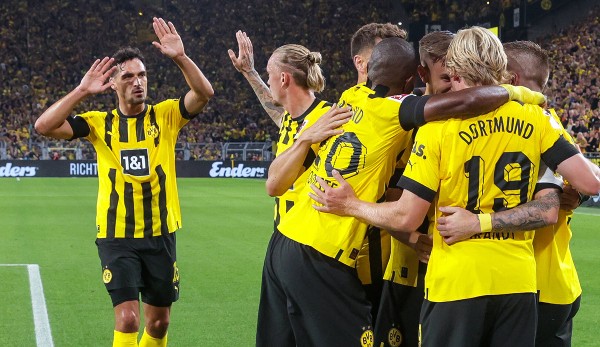 The 2022 World Cup is underway in Qatar, the ball is resting in the Bundesliga – almost. This Thursday, BVB and the rest of the squad will play a friendly against the Lion City Sailors. Here you can follow the Borussia Dortmund test live in the live ticker.

BVB vs. Lion City Sailors: Borussia Dortmund test match in the live ticker – before the start

Before start: Eleven national players from Dortmund are in action at the 2022 World Cup, and the squad for the Asia Tour has been filled with players from the U23 and U19. The BVB stars Marco Reus, Mats Hummels and Donyell Malen are also there, but the former traveled to Singapore ailing and will probably only complete an individual training program.

Before start: The BVB entourage arrived in Singapore on Tuesday afternoon – of course without the World Cup drivers – and was welcomed over 500 enthusiastic fans at the airport. The first training session was on Wednesday, and Borussia will be on the road in Singapore, Malaysia and Vietnam until December 1st.

Before start: The game kicks off at 1:30 p.m. German time and will be played at the Jalan Besar Sports Center in Singapore. The stadium in the city-state with over five million inhabitants offers space for around 6,000 spectators.

Before start: Welcome to the live ticker of the test match between Borussia Dortmund and the Lion City Sailors from Singapore – the first game as part of BVB’s Asia Tour 2022.

If you need a little distance from the World Cup and don’t want to miss the BVB test match, you have several options to see the action live in addition to our live ticker. The black and yellow broadcast the game live on their paid video platform BVB-TV.

You can watch the test match live on Sky on TV, on the channel Sky Sport Bundesliga (HD) the transmission begins at 1.25 p.m. with Flo Malburg as commentator. Also DAZN is at the start of the BVB test match, on “Netflix des Sports” the game will be commented on by Adrian Geiler from 1.30 p.m. For as little as EUR 29.99 per month or EUR 274.99 per year, you can also watch games from the Bundesliga, Champions League, Serie A and much more on DAZN.

BVB: The test matches during the ASIA TOUR 2022