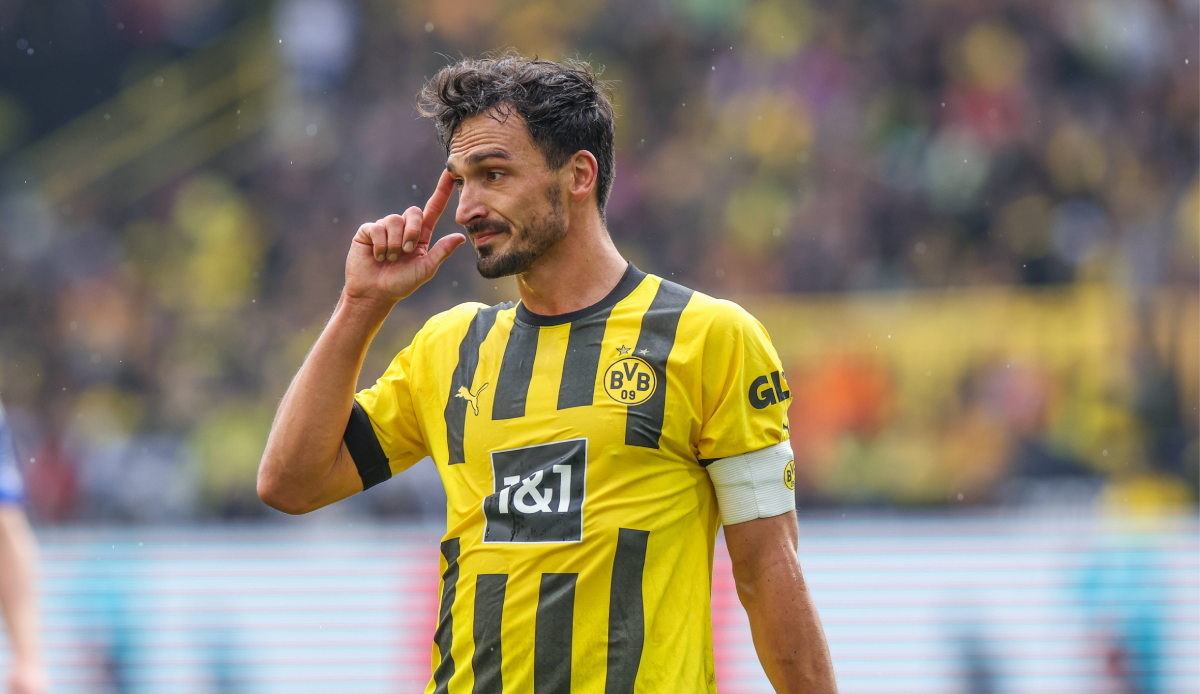 Lothar Matthäus sees no more room for Mats Hummels at the DFB. “I’m actually satisfied with our central defense and the current players,” wrote the 1990 world champion in his skyColumn: “Two years ago it was said that Mats Hummels was too slow and now he should be the solution.”

The expert would not take BVB’s central defender to the World Cup in Qatar. “If I take a Hummels with me, then he has to play from the start,” explained Matthäus: “And I don’t think you can promise him that.”

Although Hansi Flick had not called up the 33-year-old for the last games against Hungary and England, participation by the 2014 world champion in Qatar is far from impossible. “We are in regular contact and keep discussing how we see the situation,” Hummels recently explained about his relationship with the national coach picture.

At Borussia Dortmund, the 76-time national player is in direct competition with Niklas Süle and Nico Schlotterbeck, both of whom are also hoping for a ticket for the World Cup. “We have two central defenders from Dortmund – with Mats it would be the third,” said Flick picture quoted: “It will crystallize on its own what is happening there. That’s why we’re taking a close look.”

Olaf Thon is not quite as enthusiastic about the central defense of the DFB team. “He still makes a lot of individual mistakes, even at Borussia Dortmund,” said the 1990 world champion in an interview Sports radio Germany about Nico Schlotterbeck. The 22-year-old still has to “get used to big football”.

The DFB team have conceded at least one goal in the last seven games – even three against England. Schlotterbeck conceded three penalties, two of them in the duels with England.

With Niklas Süle, Thon is in a milder mood. He likes the ex-Bayern professional, “but he needs the self-confidence”. In defense there is no way around Antonio Rüdiger. “We are blatant outsiders for the title,” said the ex-professional, summing up the DFB’s chances for the title. However, he sees the reason for this primarily in the offensive: “Sometimes we lack the crowbar when we are behind.”