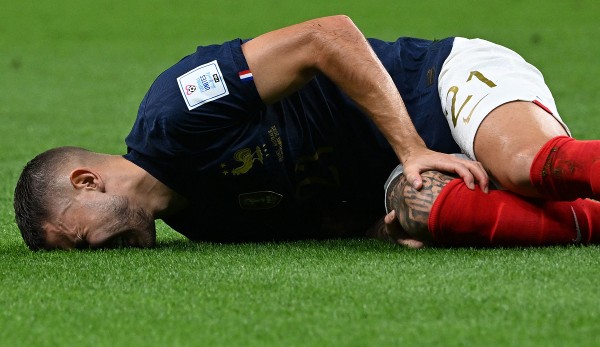 Lucas Hernández is apparently facing a contract extension at Bayern Munich. Noussair Mazraoui has yet to have an exact diagnosis following his injury. Also: Kingsley Coman breaks off training with the French national team. All news and rumors about FC Bayern can be found here.

FC Bayern Munich, rumor: Hernández is probably about to extend his contract

After tearing a cruciate ligament in France’s first World Cup match against Australia, central defender Lucas Hernández will most likely be absent from FC Bayern until the end of the current season. According to club information, he was successfully operated on Thursday evening in Innsbruck.

For the 26-year-old there should still be reason to be happy. As the picture-Zeitung reports that Munich are planning to extend the Frenchman’s contract prematurely. Even before his injury, there were said to have been meaningful talks, after the World Cup the clarification of a few final details was planned.

With Hernández returning unexpectedly earlier from Qatar, there could be a signature in the near future. His current working paper is dated until June 2024.

The central defender has made eleven appearances for FC Bayern this season, scoring one goal and providing one assist. Hernández was injured between mid-September and the end of October due to a torn muscle.

In addition to Lucas Hernández, another Bayern player was injured on the first group match day of the World Cup. Morocco’s Noussair Mazraoui was also forced off the field in his side’s first game against Croatia.

The full-back sustained an injury and had to be carried off the pitch on a stretcher. Unlike Hernández, however, he has not yet received a more precise diagnosis.

“Mazraoui has injured his left hip,” said Morocco team doctor Abderrazak Hifti in a statement. “He has been examined but we still don’t know if he will be available for the next games.”

An exact diagnosis is only expected in the coming days when further investigations have been carried out.

Kingsley Coman canceled training for the French national team for the World Cup in Qatar on Thursday. After warming up, the offensive star of FC Bayern Munich went back into the dressing room.

According to information from L’Equipe however, it was just a precautionary measure. Coman is apparently stricken and complained of hip pain.

According to the report, the 26-year-old rested for the rest of the unit. Coman is the fourth Bayern Munich player to be injured during the World Cup, after Lucas Hernandez, Noussair Mazroui and Leroy Sané.