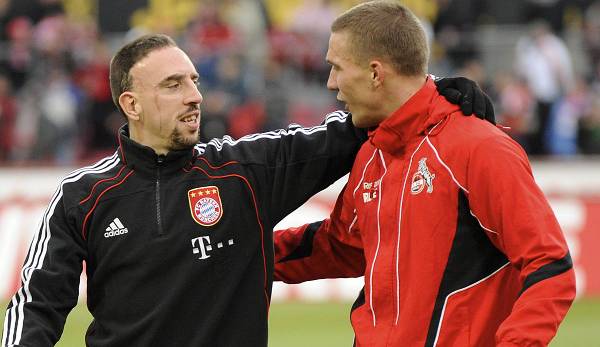 Lukas Podolski has revealed a cabin prank with Franck Ribéry. During their time together at Bayern, the duo played badly with a teammate.

“I don’t know if that was Luca Toni,” said Podolski in the picturePodcast: “We once put fish in his suitcase.”

Someone got a packed fish delivered to the cabin, but nobody wanted it, the 37-year-old recalled. “And then we put it in the suitcase because we went to the hotel for the home and away games. When we opened the suitcase, we were really surprised,” said Podolski.

Podolski and Ribéry played together for FC Bayern from 2007 to 2009. The German national player “got along really well” with the Frenchman and there was “a great atmosphere” in the dressing room.

“It’s important that you don’t forget life off the field – even if things aren’t going so well – and try to have a certain looseness in the team and in private life,” said Podolski.

Podolski: “Everything is boring these days”

Guys like Ribéry would be missing from football today, said the Polish-born offensive player: “When you see the teams nowadays, everything is boring. Nothing is allowed anymore, people don’t dare or are afraid that something will go public come, and then the name is defiled.”

Ribéry was forced to retire at Italian club US Salernitana in October 2022 at the age of 39 due to injuries. That was “a great pity,” explained Podolski. Ribéry is a “brilliant footballer and a brilliant guy”.

Podolski is still active. He has been playing for the Polish first division club Górnik Zabrze since 2021.