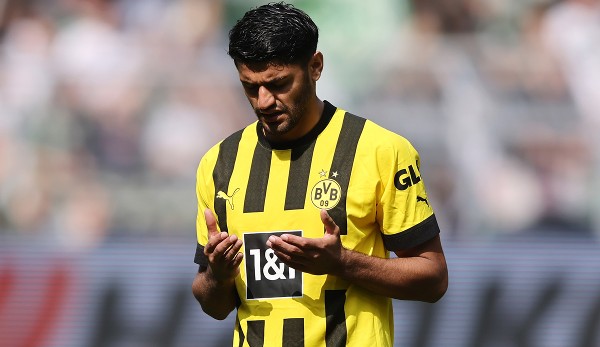 BVB welcomes two long-term injuries back to training. Despite Jude Klopp’s Dortmund past, Liverpool can’t expect any “gifts” regarding a Jude Bellingham transfer. Also: black and yellow is planning an expansion into the USA. Here you will find all the news and rumors about BVB.

More news about BVB from the last few days:

BVB, News: Dahoud and Bynoe-Gittens back in training

Borussia Dortmund can welcome two long-term injuries back to training. As can be seen in a training video published by BVB, Mahmoud Dahoud and Jamie Bynoe-Gittens have celebrated their return to the pitch.

Both BVB stars had not been available since the end of August or the beginning of September due to a shoulder injury. Dahoud and Bynoe-Gittens were also unable to take part in the Dortmund team’s recently completed trip to Asia due to their injuries.

“So many players are coming back from injury and will be fully available again in January. We feel like they’re all newcomers,” said head coach Edin Terzoc about the returnees.

BVB, News: Cramer does not want to give “any gifts”.

It’s no longer a secret that Dortmund’s midfield jewel Jude Bellingham is being hunted by half of Europe. Real Madrid and Manchester City are also on the list of interested parties, as is Liverpool FC with ex-BVB coach Jürgen Klopp.

Despite the LFC coach’s Dortmund past, there will be no advantages for the Reds in courting Bellingham. BVB Managing Director Carsten Cramer made this clear on the sidelines of the Asia tour.

Because of Klopp, there was “a great deal of sympathy for Liverpool. We still have a good relationship with Jürgen and many others in Liverpool, which is why it’s my favorite club in the Premier League for me.” Nevertheless, the LFC should not expect any “gifts” from Dortmund.

They are happy to have Bellingham “100 percent on board and the longer Jude plays with us, the better,” said Cramer.

In Dortmund, the Englishman still has a contract until 2025. In order to buy him out of his working paper, a club would have to put a tidy sum on the table.

BVB, News: BVB plans to expand into the USA

In addition to its marketing activities in Asia, Borussia Dortmund wants to focus more on the US market. “After the trip is before the next trip: According to the current status, we are planning a tour to the USA in the summer and we are seriously considering opening our third foreign office in New York,” said Managing Director Carsten Cramer Ruhr news.

Cramer, responsible for marketing and sales, sees many reasons for this. “For the first time we have won two major sponsors who are based in the United States. Our sales in America are increasing, (…) we are represented at 16 locations with our football school. In Giovanni Reyna we have a very popular American in the Squad, the issue of women’s football is very big there, the 2026 World Cup is just around the corner,” he said.

Cramer put the additional income from the winter trip to Asia at around 2.5 million euros. But this is not the most important point: “In the medium term, our commitment will pay off even more. If the rights holder in Vietnam is satisfied, he will pay more for the Bundesliga in the future,” he said. “You have to put in effort and invest in internationalization, especially since the national market is reaching its limits in many places.”