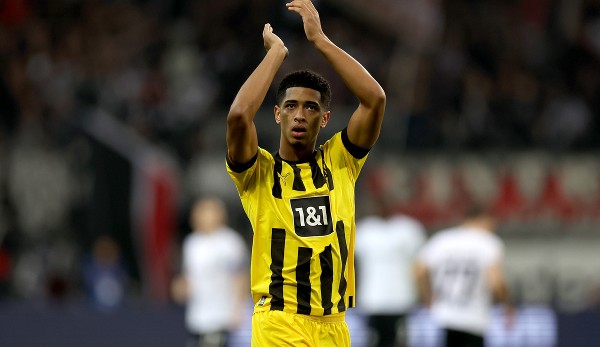 Manchester City are optimistic about a Jude Bellingham transfer next summer. Youssoufa Moukoko reacts angrily to the media reports about him. You can find all the news and rumors about BVB here.

Despite the fierce competition for Jude Bellingham, Manchester City are confident that they will be able to sign the BVB player next summer. That reports the English Sun.

Accordingly, the Skyblues are certain that the prospect of working with Pep Guardiola will influence Bellingham’s decision in favor of City.

In addition to the reigning English champions, Liverpool and Real Madrid are also considered interested. According to Sun City rivals Manchester United should also be among the applicants.

Bellingham still has a contract with BVB until June 2025. According to various media reports, however, the midfielder is expected to leave next summer. Sums beyond the 100 million euro mark were recently mentioned as the transfer fee.

Youssoufa Moukoko has relegated a media report about himself to the realm of fables. “Please don’t believe everything that’s in the newspaper,” wrote the 18-year-old on Instagram: “I know that it’s all part of the football business now, but even though I’m still young, I let myself make my decisions about mine Don’t put pressure on the future. I will never accept such a lie about myself.”

the Bild newspaper had previously reported the attacker was not happy with Borussia Dortmund’s latest, allegedly ultimate, contract extension offer. The offer is said to be six million euros per year, so far Moukoko has earned less than a third of this sum.

Moukoko, who made his debut for the German national team in November and was nominated for the World Cup in Qatar, only has one contract with BVB until the end of the season. From the turn of the year he can also negotiate with other clubs about a free transfer on July 1st.