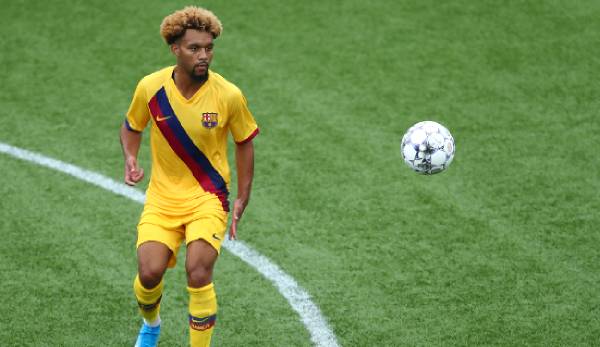 Sadio Mane attended the game of the record champions’ second team on Sunday. Bayern Munich are said to be interested in signing Konrad de la Fuente from Olympique Marseille. Also: The former Bayern captain Philipp Lahm praised his former club in the highest tones. The latest news and rumors about FC Bayern can be found here.

Here you come to the Bayern news and rumors of the previous day.

FC Bayern, News: Sadio Mane in the game of the second team

FC Bayern’s second team met Aschaffenburg in the regional league on Sunday and was supported there by Sadio Mane, who watched the game with Desire Segbe Azankpo at the Grünwalder Stadion.

Mane shared Justin Janitzek’s opening goal in his story on Instagram, but then the record champions’ amateurs conceded the equalizer and the game ended in a 1-1 draw.

Newcomer catapulted to number 1! The salaries of the Bayern stars

De la Fuente is said to have previously agreed a move with FC Valladolid, but new inquiries have now put that transfer in jeopardy. Moretto reports that Bayern have also campaigned for the American and would like to sign him.

Philipp Lahm sees FC Bayern as a prime example of good work and continuity in the football business. “The winning mentality was developed and passed on over generations. Especially through the former players who have been running this club for 40 years. Where else is that? The people of Munich are unique in Europe,” said the 38-year-old table football

However, Lahm expects coach Julian Nagelsmann to take a step forward in his second year at Bayern. “Julian Nagelsmann now has to show how he can develop the team,” said the eight-time German champion: “He proved in Hoffenheim and Leipzig that he can develop teams. The constellation at one of the biggest clubs in the world was – just for one young coach – difficult. A title was okay. But at FC Bayern, more than one title has to come out of it in order to be able to work really successfully for several years.”

However, Lahm spoke out in favor of giving Nagelsmann the necessary time. “The first year under Jupp Heynckes in 2011/12 wasn’t the most successful either, we finished second three times – and won the treble in 2013,” he said.