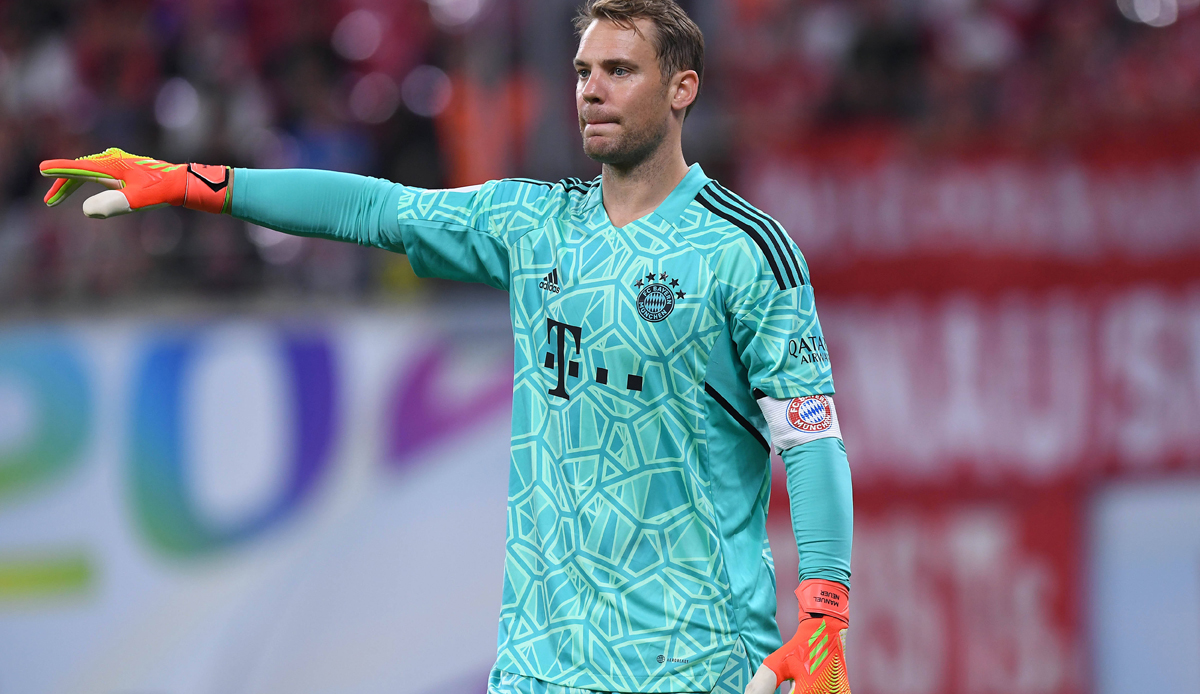 National goalkeeper Manuel Neuer from Bayern Munich may be a shaky candidate for the opening game of the Bundesliga on Friday (8.30 p.m.) at Europa League winners Eintracht Frankfurt.

As the German record champions announced on Wednesday, the team captain was unable to take part in training due to a gastrointestinal upset.

FC Bayern did not say whether Neuer’s use on Friday was in jeopardy. FCB last had to do without their number one in February and March due to a knee operation.

In the event of a failure, Sven Ulreich (222 BL games) would be available as a replacement, as was the case back then. Bayern’s third goalkeeper is 19-year-old Johannes Schenk, who is still awaiting his Bundesliga debut.