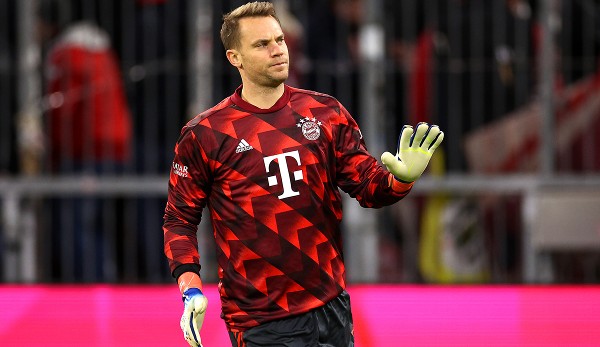 Manuel Neuer could be out longer than previously feared. FC Bayern still sees Tottenham’s Harry Kane as the number one striker target. Also: Lothar Matthäus calls on Borussia Mönchengladbach to release Yann Sommer. All news and rumors about FCB can be found here.

FC Bayern, rumor: Manuel Neuer is out for a long time

It was already known that Manuel Neuer would probably miss the entire second half of the season after his skiing accident. Now a new fear from the bosses of FC Bayern is circulating that the goalkeeper could be out for a longer time.

how sports1 reported, the German record champions have doubts as to whether Neuer will be able to start playing again after the end of the current season. According to a current forecast, the 36-year-old will need more regeneration time to be fully resilient again due to the high stress involved in jumping movements.

The FCB bosses should therefore also be ready to present a long-term solution when looking for a successor for Neuer. Neuer broke his lower leg in a skiing accident in early December. Since then, Munich have been on the verge of finding a suitable replacement for the 36-year-old. Borussia Mönchengladbach’s Yann Sommer was last traded as the favourite.

However, Kane’s current situation at Tottenham Hotspur is problematic. Accordingly, the Londoners expect that the national striker will extend his expiring contract, and a large transfer fee would be due for Bayern accordingly.

Kane has been playing for the North Londoners since 2010. His current working paper is dated until the end of June 2024. According to reports, Bayern would like to sign the 29-year-old as the successor to Robert Lewandowski, who has emigrated.

Ex-national player Lothar Matthäus has asked his former club Borussia Mönchengladbach to release goalkeeper Yann Sommer for a transfer to Bayern Munich. “Gladbach should fulfill this wish for the model professional Sommer. He deserves this gratitude,” wrote the 61-year-old in his column for the pay TV station sky.

For years, the Swiss goalkeeper was “a great support, who not only represented the club wonderfully on the pitch. Outstanding saves, impeccable human behavior and sporting success. That’s what Yann Sommer stands for,” Matthäus continued.

Despite the current complications, the 61-year-old assumes that the two parties will reach an agreement. “In the end, Sommer will and should end up at Bayern for a price of around six or seven million euros,” said Matthäus. After all, both clubs “know about the needs of the other”.

The situation currently reminds him of Robert Lewandowski’s situation at Bayern last summer. “Bayern, on the other hand, know what it’s like to lose a player you actually want to keep, who is free in the summer and who wants to try something new,” said Matthäus. “So they should now accommodate the player and Borussia a little more than is perhaps usual.”

Gladbach had recently put a stop to a summer transfer in winter. According to reports, the foals are asking for a fee of at least eight million euros, while FC Bayern would like to pay a maximum of four million euros.