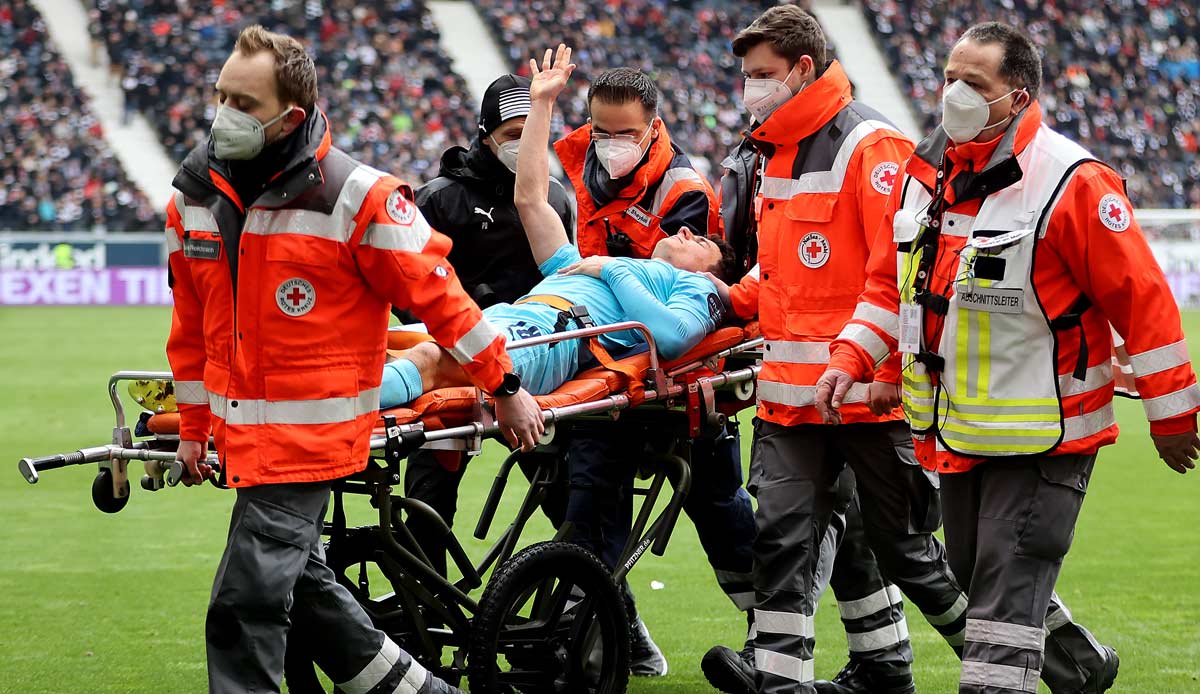 Bundesliga bottom SpVgg Greuther Fürth may have to do without defender Marco Meyerhöfer for a long time. The 26-year-old injured his ankle shortly before the end of the match at Eintracht Frankfurt (0-0) and had to be carried off the field on a stretcher.

“The injury depresses the mood,” said coach Stefan Leitl after the game, without being able to give a more precise diagnosis. Loud image there was a suspicion of broken tibia and fibula.

Meyerhöfer had twisted his leg in a duel, and opponent Jens Petter Hauge was also shocked. “He’s heartbroken,” said Frankfurt captain Sebastian Rode: “It was unfortunate how he fell in there. I saw his foot in a not-so-nice position.”

Fürth’s coach Leitl wished his defender a speedy recovery. “We hope that he will soon be healthy again,” said Leitl: “At this point I would also like to thank the medical department of Eintracht for the great support.”