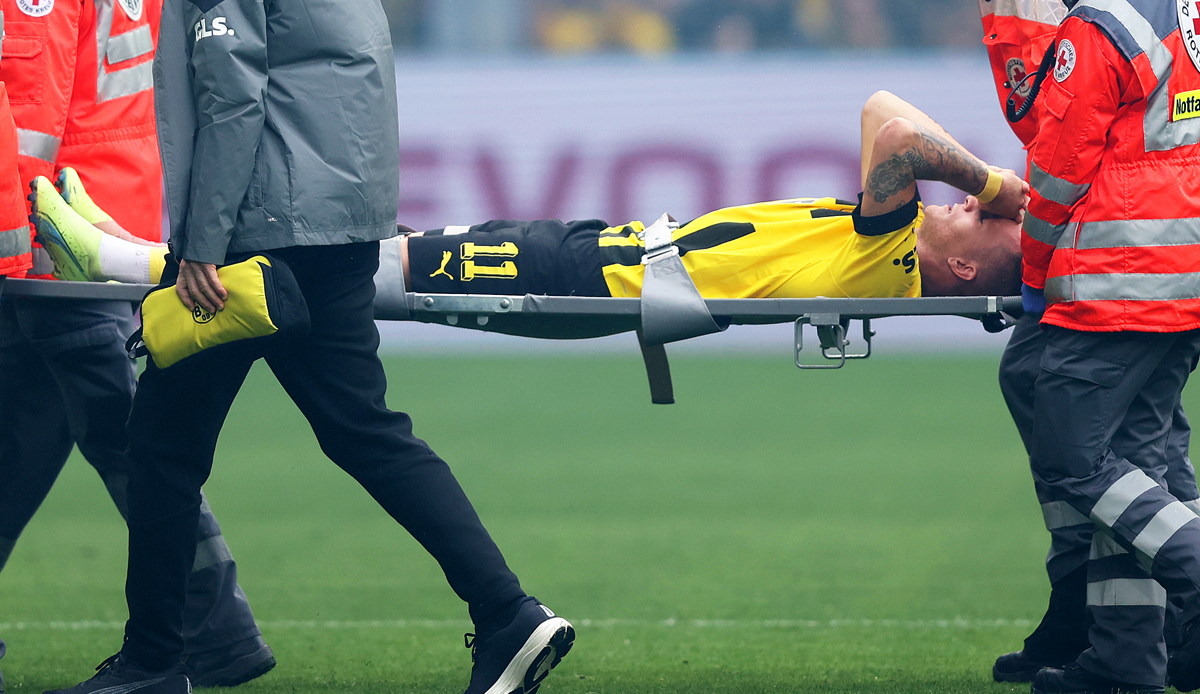 The 33-year-old twisted his right foot in a duel with Schalke’s Florian Schick and hit his hand on the lawn in pain.

After several minutes of treatment, the BVB captain was carried off the pitch on a stretcher to the encouraging applause of the BVB fans. Of course, it is not yet known how serious the injury is.

In any case, a serious injury would be particularly bitter for Reus, as the World Cup in Qatar begins in just over two months. Reus was already injured when he was world champion in 2014 in Brazil. The 48-time national player will be missing at least in the two Nations League games in Leipzig against Hungary (September 23) and in London three days later against England