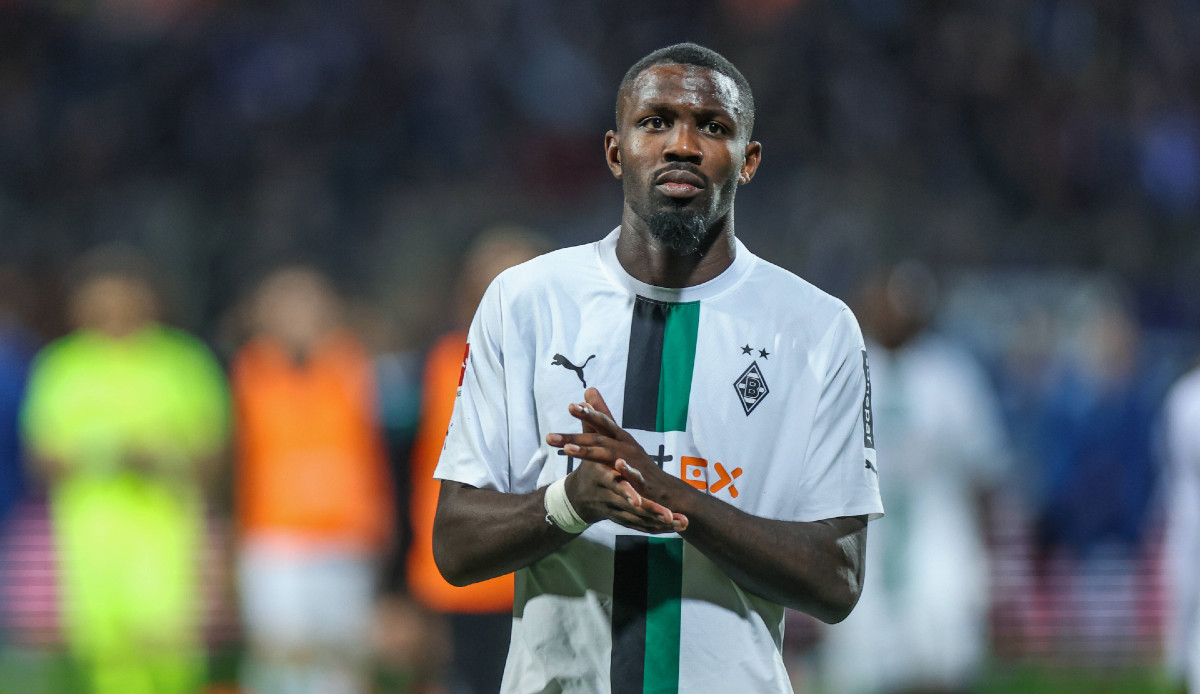 Marcus Thuram was considered a safe candidate for a departure from Borussia Mönchengladbach in winter. But now there is apparently a turnaround in the French.

Vice world champion Marcus Thuram will probably not leave Borussia Mönchengladbach in winter after all, despite his contract expiring in the summer. According to a report by picture the Gladbachers are ready to let the last chance for a transfer fee pass in order to preserve the chance of qualifying for the European Cup. And Thuram himself should prefer to stay, saying goodbye in winter is only an issue for four clubs: Inter Milan, Bayern Munich, Manchester United and Paris Saint-Germain.

If none of these clubs get in touch and submit a concrete offer, the 25-year-old will pursue the big goal of becoming the top scorer in the Bundesliga. With ten goals, he is currently tied with Werder Bremen’s Niclas Füllkrug in second place, two goals behind RB Leipzig’s Christopher Nkunku. Thuram’s compatriot will be out injured for a few more weeks.

Thuram has so far been considered a safe candidate for sale so that Gladbach can at least collect a transfer fee. There was talk of twelve million euros, Bayern and Inter were said to be just as interested as clubs from the Premier League. Sports director Roland Virkus said recently, however picture: “You always have to weigh up what the financial return would be and what the sporting value of these players is.” Should Thuram help the Foals qualify for the European Cup, it could end up being more financially lucrative.

For his part, Thuram could hope for a more attractive contract with his new club if the second half of the season was successful with Gladbach, including a higher bonus.

After his strong first half of the season in the Bundesliga, Thuram also presented himself from his best side at the World Cup in Qatar. He gave two assists in five games and also came up trumps after coming on as a substitute in the final.