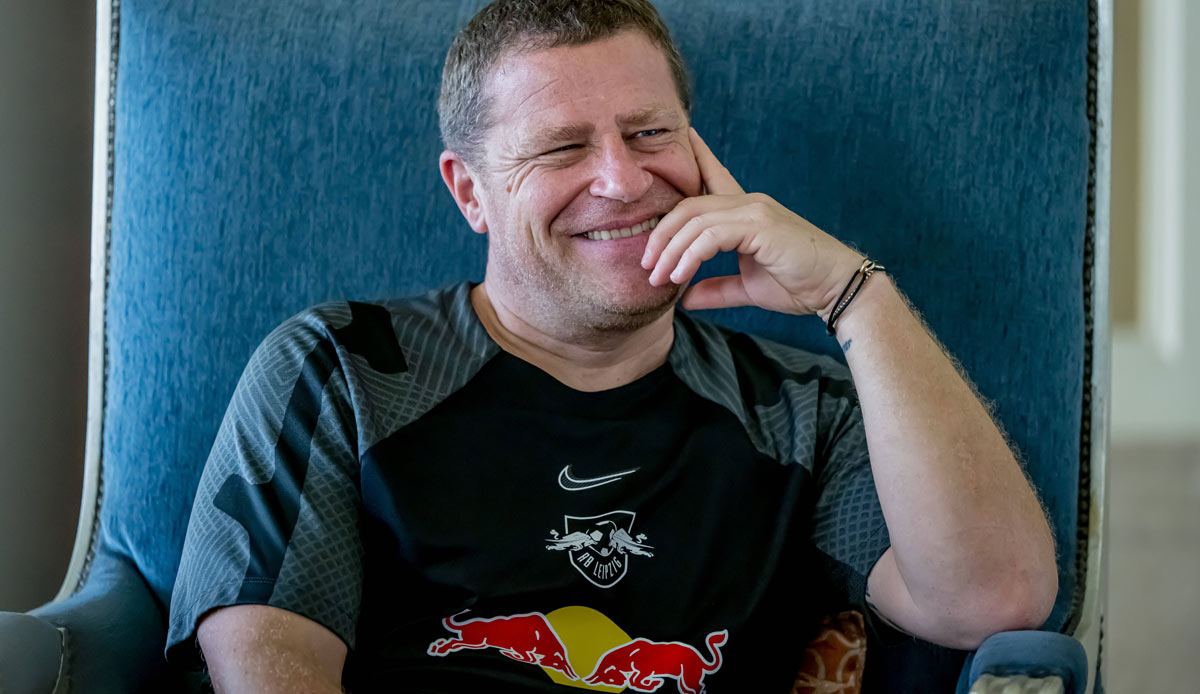 Max Eberl’s return to the Bundesliga stage caused quite a stir. Numerous challenges await the new head of sports at RB Leipzig.

Max Eberl doesn’t like letting the boss hang out. Actually. Once, RB Leipzig’s new strongman loved to use his power to save himself from an ominous fate. The serenade for taking office? Painted! “I really feel sorry for the guys who sing in front of the group and have to do the drops,” revealed Eberl recently at the training camp in Abu Dhabi: “I swore to myself I wouldn’t do that.”

Before his comeback at the Bundesliga restart against FC Bayern on Friday (8.30 p.m. / DAZN), the sports director seemed relaxed. “I’m really happy to be back. I deliberately took my time so that I was 100 percent fit when I returned,” said the 49-year-old picture TV. Ever since Eberl started his new job on December 1st, he has been going from interview to interview. It seems as if Eberl has digested the hype about his re-entry well.

“My second life is beginning for me now,” he said in the “Phrasen Mäher” podcast. That was unthinkable in January of the previous year, when Eberl resigned from his position as sports director of Borussia Mönchengladbach in tears and mentally exhausted. “Officially, the diagnosis was: situational depression,” he told the Mitteldeutsche Zeitung. Eberl just wanted to get out, sought professional help and traveled to Argentina, among other places, to find himself.

The fact that he, of all things, went back into business with the DFB Cup winner, who was decried by many as a test-tube club, caused displeasure, especially among Gladbach supporters. Among other things, they accused him of “acting” in an open letter, which Eberl now describes as the worst injury “I’ve ever had in my life.” On March 11, in a direct duel with Borussia, these issues could boil up again. But until then, Max Eberl has a lot to do.

Max Eberl and RB Leipzig: The upheaval is coming

Konrad Laimer, Dani Olmo, Christopher Nkunku – they could all leave Leipzig in the summer. Eberl has not yet given up hope for Laimer, who should move to Munich after his contract expires, or for Olmo, who has his word on until 2024. In the case of Nkunku, “unfortunately, the matter is quite clear with Chelsea.” Between 60 and 70 million euros transfer fee are in the room.

Eberl has to moderate the personnel changes – and he is currently on his own due to the recent changes in the club management. After ex-managing director Oliver Mintzlaff, Florian Scholz (last commercial director) and squad planner Christopher Vivell said goodbye, Eberl sees the club “quite lean in terms of sporting leadership”. Ex-Schalke Rouven Schröder has often been acted as sports director.

But no matter what the constellation: The pressure on Eberl is different in Leipzig, where he will be sitting in the stands instead of on the bench, than in Gladbach. The Saxons have to qualify for the Champions League every year. And in the future, the people of Leipzig, who are currently six points behind the table leaders from Munich, finally want to become a serious contender for the championship. “If Bayern call up the full performance, nobody in the Bundesliga can hold a candle to them at the moment. But if they weaken, then we want to be there,” said Eberl. That’s why they got him.