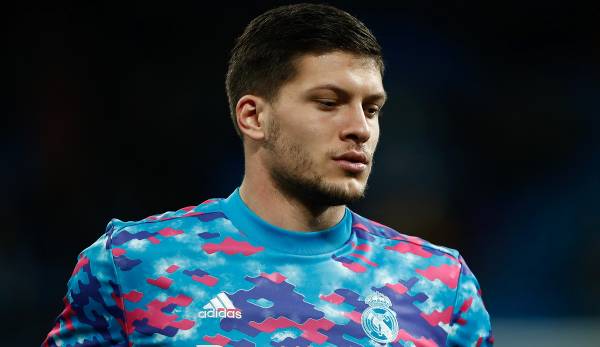 Is the possible Haaland replacement coming from Real Madrid? BVB boss Hans-Joachim Watzke does not let Mats Hummels and Marco Reus look at the cards in the future. Current news and rumors about BVB can be found here.

You can find the BVB news and rumors from the day before here!

BVB, rumours: United’s offer for Adeyemi is probably much higher

The move from Salzburg’s Sturmjuwel Karim Adeyemi to Dortmund is almost a done deal, with the Black and Yellows he could succeed Erling Haaland. As sports1 reported that the youngster also decided against an offer from Manchester United.

The Red Devils only recently came forward with a mega offer that clearly overshadowed the offer from Borussia. The talk is of a weekly salary of 150,000 pounds, which corresponds to an annual salary of more than 9 million euros. In Dortmund, Adeyemi should come to around 6 million euros.

Both Ruhr news BVB Managing Director Hans-Joachim Watzke recently explained on the subject of Adeyemi: “I think the player has more or less given the feeling that he wants to go to BVB. We have to manage that somehow. If he came, we would try without get a release clause.”

It will also continue after Haaland: “If Borussia Dortmund can do one thing, then it is to find the next one. A team always means more than a player. First of all, we have to know that we need a new Erling Haaland.”

Erling Haaland is on the move, Borussia should soon need a new center forward. A number of names have already been traded, now a new one could be added. As sports1 reports that ex-Frankfurter Luka Jovic wants to leave Real Madrid and return to the Bundesliga. Jovic dreams of returning to Germany and offers himself to Borussia.

The name has already been discussed internally, but there are also reservations from one or the other. After all, Jovic is still a supplementary player in Madrid, has only made 17 appearances this season and played his last game in early February. A measly goal this season is also a bit poor.

BVB, rumours: what will happen to Hummels and Reus?

Dortmund’s squad needs fresh blood, as those responsible have emphasized more than once. The commitment of Freiburg’s Nico Schlotterbeck was announced on Monday. Among other things, there is also the question of the future of the two veterans Maro Reus (32) and Mats Hummels (33). BVB boss Hans-Joachim Watzke gave himself to the Ruhr news a bit cryptic.

“If a player is well over 30, you have to see how long he’s still able to perform at his best,” said Watzke. “We’ll wait and see, you can’t predict it. Next season we’ll have talks and look straight into each other’s eyes. Both players have great merits. The trust is there one hundred percent.”