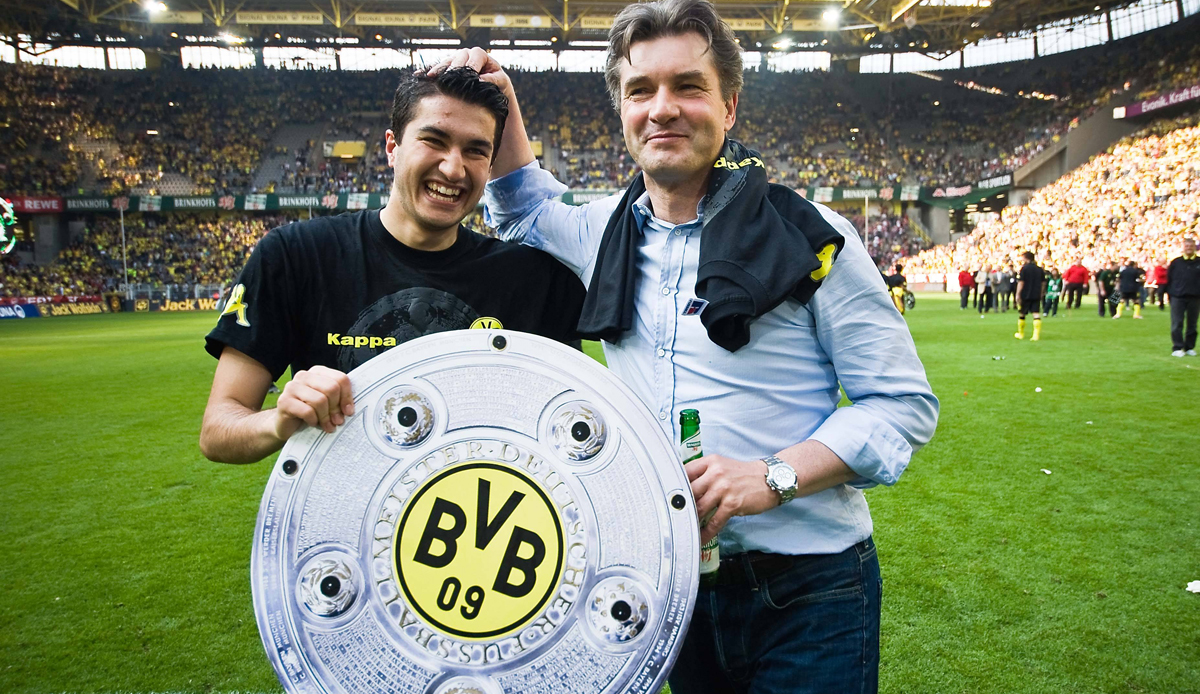 On Saturday Borussia Dortmund will play the last game against Hertha BSC in which Michael Zorc will have an official function for BVB. Then, after 20 years as a player and 24 as a manager, it’s over. At SPOX and GOAL, some of Zorc’s companions tell their favorite anecdotes about the veteran.

“I had a lot of arguments with Michael because we both belonged to the players’ council and we didn’t always agree on internal team matters. In the end, however, we always made up. I remember how it happened once with Sergei Gorlukovich, who came from Belarus “But Michael and I had the same approach. Sergej emptied the entire minibar before his first BVB game in the hotel. That’s why coach Horst Köppel didn’t want to set him up, but we begged him to do it anyway. The guy will.” we could handle it, we thought. Köppel finally gave in and lo and behold, Sergej really did a great job! (laughs)

What still connects me with Michael is the story of the captain’s armband. Our coach Reinhard Saftig didn’t want me to remain captain. I was probably too powerful for him, no idea. He wanted Michael as captain. President Gerd Niebaum, on the other hand, wanted me to remain captain. Juicy kept coming to Niebaum’s office because of the issue, and it went on for weeks. Because of this anger, my relationship with Michael suffered a little at first, because such a number was just funny. That was all before the 1988/89 season. We then went to the summer training camp. Before we left, we had a meal together in Dortmund. There the argument continued. Suddenly, Juicy got up while we were eating, called his wife and asked to be picked up from there. After that he was no longer a coach, he gave up. We actually went to the training camp without a coach. Köppel came a little later – and made Michael captain. At some point, the whole magic was just too stupid for me. I had a reasonable conversation with Koeppel and then the matter was settled for me.”

“Communication between players and referees used to be completely different and above all more relaxed. I remember a game in February 1991 at VfB Stuttgart when we were 3-0 down after eleven minutes and ended up losing 7-0 After the third goal conceded, referee Wolf-Günter Wiesel whistled for a controversial free kick for VfB. Michael then went to the referee and said: ‘You’re whistling crap today!’ Wiesel turned around and replied dry as a fart: ‘Look at the scoreboard – you mainly play big crap!’ (laughs) Michael stood there a little puzzled and didn’t know what to do anymore. But Wiesel was right too.”

Michael Zorc through the ages: Susi, how big you grew up!

“At the beginning of the 1990s, when I was still relatively new at BVB, I had a conversation with Michael. His contract should be extended. The fact that I had to offer a real Dortmund veteran a fair and respectful contract was anything but easy for me Task. It shouldn’t be a gamble either. Michael largely negotiated his contracts on his own. I then grabbed a piece of paper, pushed it over to him and said: ‘You can fill out three things here – term, basic salary and the so-called annual performance bonus.’ “I walked out of the room afterwards. I’ve only done that once with Michael in all my time in football. I did it to just sort out the dilemma for myself and not run the risk of misjudging him When I came back, Michael said, ‘I need one more day to think it over.’ (laughs) I think he discussed the matter again at home. The next day he came, presented me with the figures and finally signed the contract. It was obviously an increase compared to before, but it was very clear to me that that he doesn’t put too much strain on this generosity. Michael is a man with attitude. If today’s BVB coach Marco Rose often talks about the necessary attitude, then he needs players with the character of Michael Zorc.”

“Unfortunately, I can’t think of any anecdotal outliers about him. Michael was a serious sportsman with an incredible will to win, and also very friendly. As captain, he was often a good mediator between the interests of the club and those of the players, for example in contract negotiations. He was also very good at between Separating private life and work. Privately he was relaxed, definitely in a party mood and he was good at partying. He always stayed until the end. (laughs) But when it came to the locker room and the training ground, he was very ambitious and it there was a clear difference to the private individual.”

“One side of Michael that you don’t really know about in public is that he can be very funny. He’s more reserved towards the media. Especially when we sat down with Jürgen Klopp in the evenings before away games in the internal circle in those years “We talked about God and the world and also thanks to Michael we laughed a lot. At Jürgen’s side he became a really happy person again. I don’t want to say that he wasn’t that before, but this coach really did him good. In addition, he has incredible general knowledge, which has always fascinated me. Michael is really a very, very intelligent person. I also found it remarkable that, despite the sometimes longer evenings the next morning, he always spoke his inner got over the slacker and got up early to go for a run and bring the body back into good balance. (laughs)”