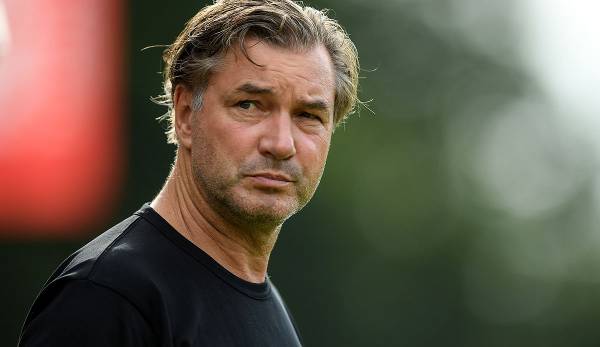 Sports director Michael Zorc has defended BVB’s record over the past ten years, in which only FC Bayern has won the championship, and put the supposed failure into perspective.

Zorc said in conversation with the SZthat the six second places behind the Munich team since 2013 can definitely be seen as a success. And: “It may sound strange, but it’s a disadvantage if you constantly have to deal with the expectation that we as BVB would kindly have to stop Bayern.”

In fact, BVB “done their job” with second place. He doesn’t want to see it as a failure: “It’s a trap we let ourselves be maneuvered into. I don’t think we deserve it.”

In addition, the balance sheet is not that bad anyway: “We came close at least twice. Once in Thomas Tuchel’s first year with us, then in Lucien Favre’s first year. Unfortunately, we didn’t finish both times ” Zorc recalls.

One way to improve is the direct duels, which have consistently gone to Munich for years. “This year we are twelve points behind. If we had won both direct games against Bayern instead of losing both, we would have been level.”

Zorc: BVB must “do it better again in direct duels!”

Zorc also gave one reason for the bankruptcy against Bayern this season: “In both games we felt clearly disadvantaged by the referees.” Nevertheless, the sports director, who is retiring in the summer, emphasized: “One way or the other: we have to do better in the direct duels!”

However, this task now falls to Sebastian Kehl, who will succeed Zorc in the coming season.