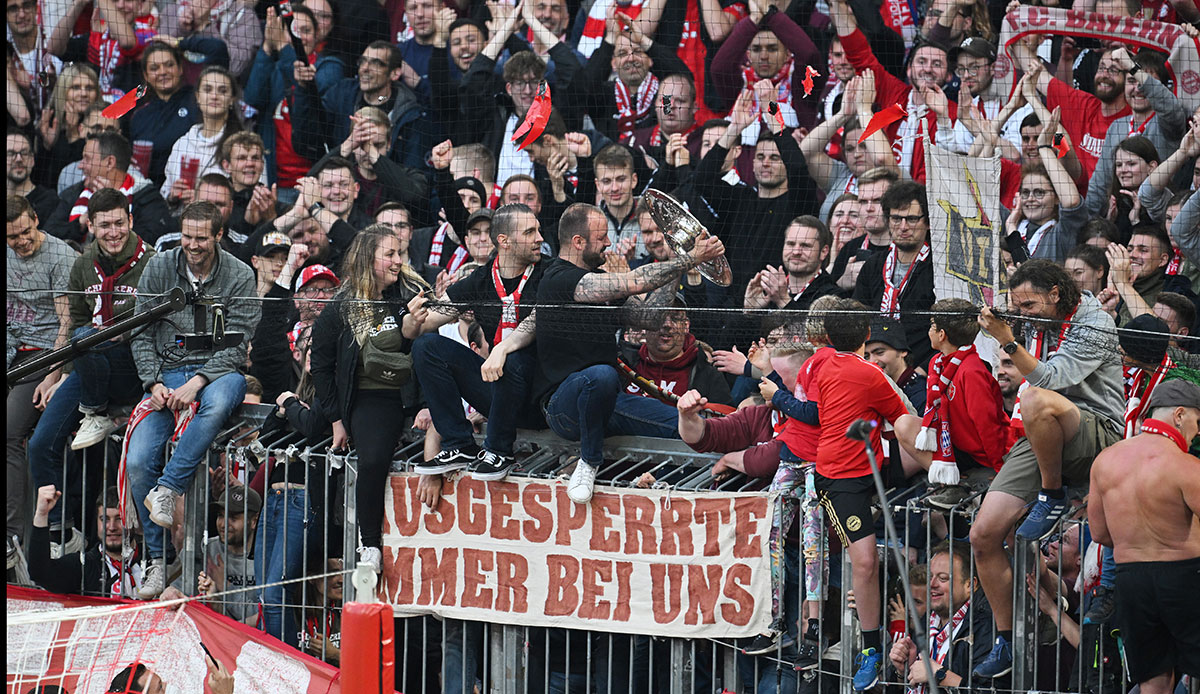 The Bundesliga clubs Bayern Munich and VfL Bochum have to dig into their pockets again because of the misconduct of their fans. The German record champions were sentenced by the sports court of the German Football Association (DFB) to a fine of 10,000 euros, VfL has to shell out 20,000.

Munich supporters burned at least ten Bengal fires before and during the league game at FSV Mainz 05 on April 30. VfL fans detonated numerous pyrotechnic objects at Union Berlin (May 14) when the teams arrived in the guest block. Of the penalty for Bochum, 6,500 euros can be used for safety or infrastructure measures.

Before the game kicked off at Hamburger SV on May 7, 96 fans lit Bengali fires and incense. A large number of flares were shot into the air from fireworks batteries. The start of the game was delayed by around three and a half minutes.

Before and during the second division game at Hansa Rostock (April 2), Pauli supporters burned Bengali lights and flashers. In addition, there were strong arguments in the stadium area between spectators of both clubs during the half-time break. After the game, this scenario was repeated in the guest area.