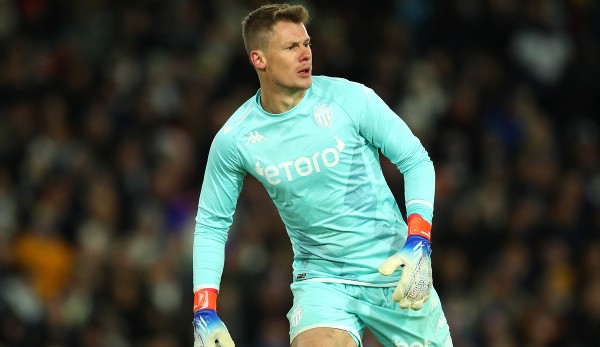 Monaco coach Philippe Clement talks about Alexander Nübel’s possible return to Bayern Munich. Real Madrid are said to be finalizing a transfer from Alphonso Davies. All news and rumors about FCB can be found here.

Philippe Clement, coach of AS Monaco, commented calmly on the possible departures of Alexander Nübel and central defender Benoît Badiashile. “They are here in training and have their focus here. They do everything they have to do for the team,” the 48-year-old told the L’Equipe.

“It depends on the situations whether they are interesting for the club or not. The most important thing for me is that the players have their heads here and that’s the case,” continued the Monaco boss.

Clement is not surprised that other clubs are interested in his players: “I’ve been in Monaco for eleven months now and in the past six months there has been a lot of interest in many players. It’s nothing new because it’s a project with many young players, so there is also interest in the transfer market. As a coach, you’re always happy when the transfer market ends. We’ll see.”

Nübel is primarily associated with FC Bayern. The keeper has been loaned to AS Monaco by the German record champions until June 2023, but is due to return to the Isar due to the injury to regular goalkeeper Manuel Neuer. Meanwhile, Chelsea are said to be interested in Badiashile.

Spanish record champions Real Madrid appear to be finalizing their plans to transfer Bayern left-back Alphonso Davies. Los Blancos want the Canadian according to the AS in the summer of 2024 – a year before his contract in Munich would expire.

Regular player in Madrid is currently the Frenchman Ferland Mendy, who was not called up by France national coach Didier Deschamps for the 2018 World Cup or the 2022 World Cup. Real coach Carlo Ancelotti does not seem to be 100 percent satisfied with him either, which is why Davies is being looked at.

A few months ago, Real Madrid was said to be interested in Davies. Davies’ market value is loud transfer market currently at 70 million euros, he is still under contract with the German record champions until 2025. The Canadian international has made 19 appearances for Bayern this season, recording one goal and four assists. The lightning-fast left foot was also part of the game at the World Cup in Qatar and scored a goal.