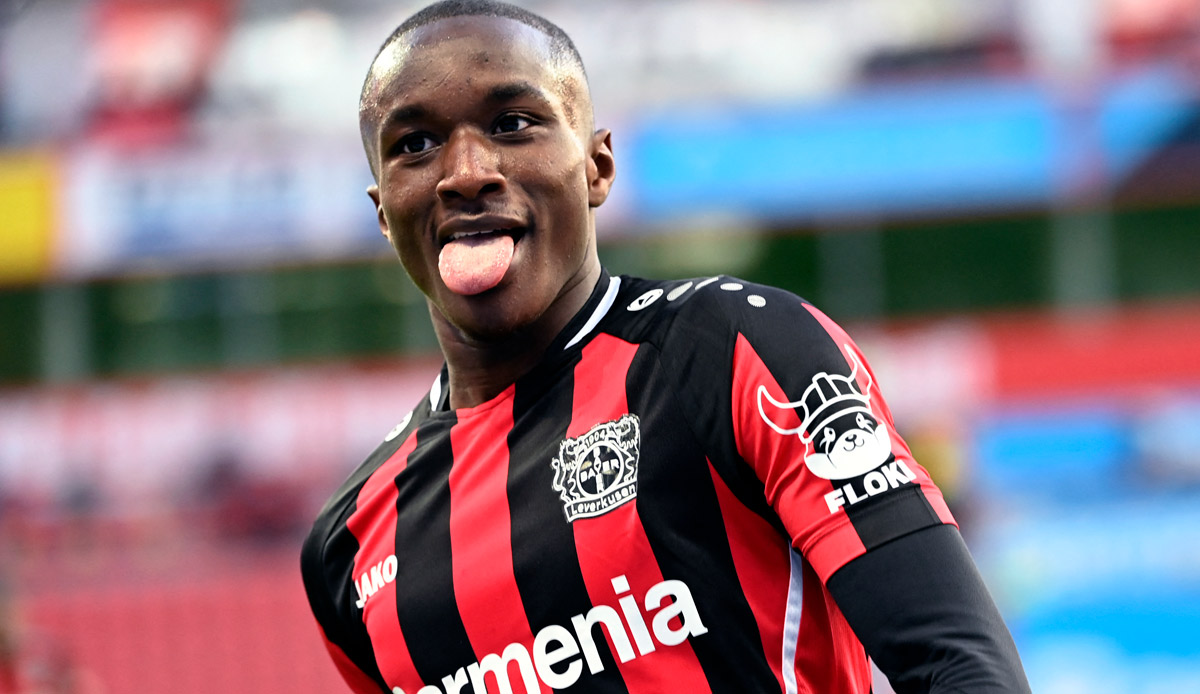 The courted winger Moussa Diaby remains at Bayer Leverkusen. “I’ve made my decision and will continue to play for Bayer Leverkusen next season,” said the French international Rheinische Post.

In the past few weeks there had been rumors of a return campaign by his former employer Paris St. Germain.

In the past season, Diaby (23) made the final breakthrough in third place. In 32 Bundesliga games he scored 13 goals and prepared another twelve. The Frenchman wants to build on that in the new season. “We want Bayer to be a top team again and I want to help the team as much as possible by continuing to score goals but also by providing assists,” he said. The aim is to “get as far as possible in all competitions”.

His convincing performances earned Diaby a place in the French national team last September. There he wants to continue to bite – and in the best case be part of the World Cup squad.

But Diaby also knows that it won’t be easy: “We have a really impressive team that only has top players. So I have to be patient to one day find my place in this team.”