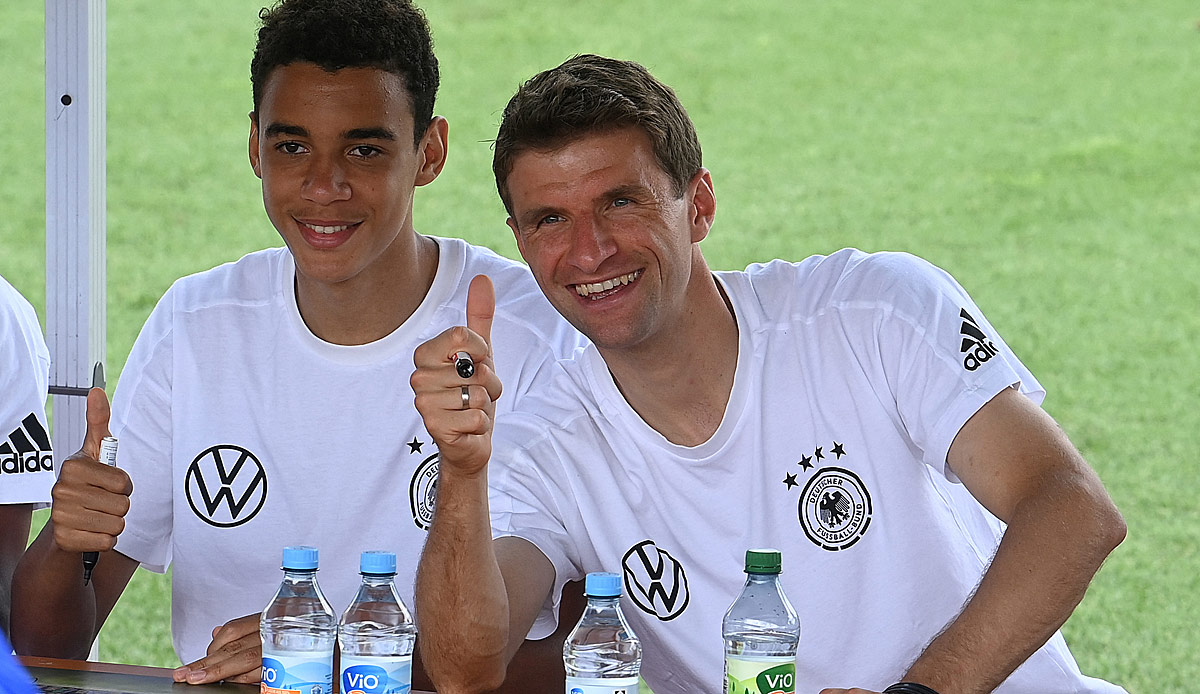 Bayern Munich’s offensive player Thomas Müller has praised youngster Jamal Musiala in the highest tones after another convincing appearance as the game-deciding joker against RB Leipzig and selected him as his heir in the offensive center of Bayern.

“The special thing about him is that he has a great character, is modest in addition to all his talent – but also has self-confidence with the ball,” said Müller on Sky after Bayern’s 4-1 victory Leipzig on Saturday, on which Musiala played a major role after his substitution shortly before the break for the ailing Serge Gnabry.

The 18-year-old scored the 2-0 himself, the 3-0 of Leroy Sane he prepared well. “It was just a lot of fun,” said Musiala himself after the game. And miller? He sees the gifted man as his regular heir to Bayern and the German national team. “Yeah … at some point he can have it,” said Müller.

The routnier particularly emphasized Musiala’s cleverness and work ethic. “This overall package at such a young age makes him special – and if he brings that in, then he is not only an addition for us, but also decides games for us,” enthused Müller.

Müller jokingly denied that he still had to give Musiala tips on dribbling: “I’d rather ask him that. But in other areas such as start-up behavior or in which rooms he should be inquisitive. It is also the case on the pitch he follows you. “