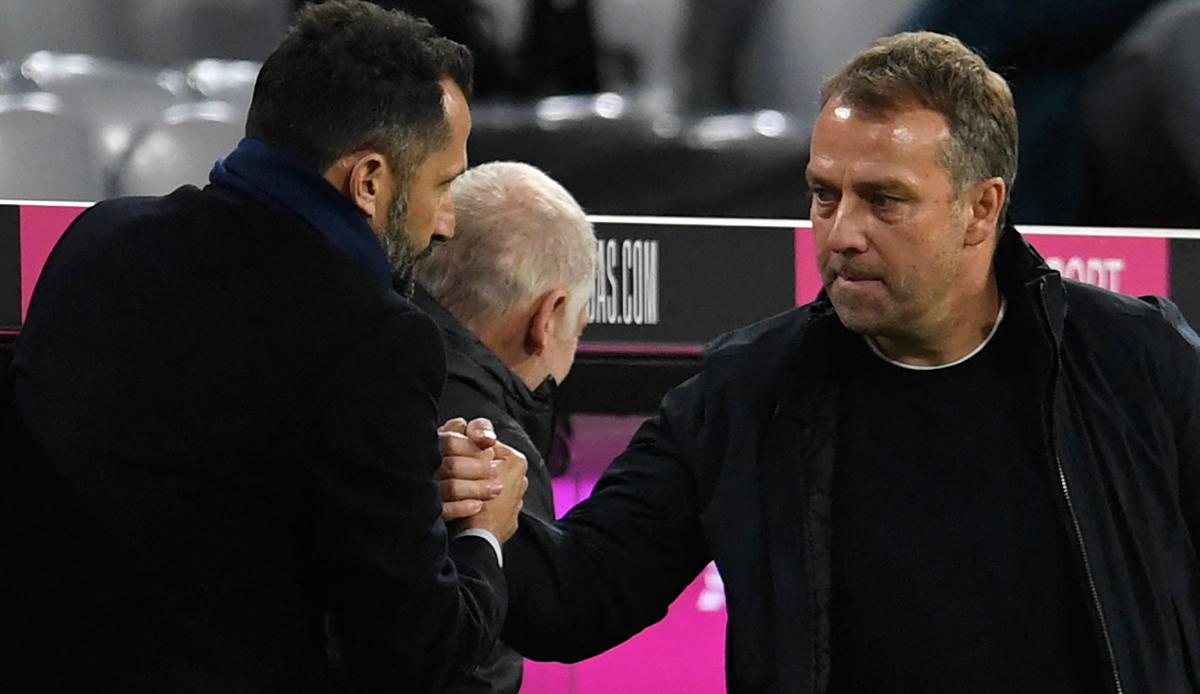 National coach Hansi Flick spoke again about his time at Bayern and saying goodbye a year ago. In retrospect, the 57-year-old does not regret the decision. Here you can find news and rumors about FC Bayern.

News and rumors from the previous day can be found here.

FC Bayern: Hansi Flick talks about the relationship with Salihamidzic

Hansi Flick conceded his first defeat as national coach against Hungary on Friday. The coach now gave the Editorial Network Germany an interview in which he spoke again about his departure from FC Bayern after the 2020/21 season. “For me it was the right step back to the association, even if it wasn’t easy for me to leave Bavaria,” the 57-year-old summed up.

At that time there were said to have been disagreements with sports director Hasan Salihamidzic, but Flick now emphasized that “nothing stuck”. “A lot of things, a lot of things, were exaggerated back then.”

Flick was also self-critical and noted that he “certainly didn’t do everything right in this cooperation”, but at the same time spoke of an “experience that takes you further”. Nevertheless, the departure a year ago was “without alternative”.

Bayern women have a new mascot

The women of FC Bayern get their own mascot. As announced by the Bundesliga club’s social media departmentthe women will get a female bear named Mia, but unlike the male mascot Berni, she will wear shirt number 70.

This number stands for the founding year of the women’s department at FC Bayern. This Sunday, Mia will make her debut in the home game against SV Werder Bremen. On the first day of play, the women of Bayern did not get more than a 0-0 draw at Eintracht Frankfurt.

274 minutes in 1.5 years! This Bayern star is gone under Nagelsmann

After five games without a win abroad, FC Bayern’s reserves have once again won in the Regionalliga Bayern. The Munich team won 3-0 at TSV Rain and jumped back to 9th place in the table. The goals were scored by Grant Ranos (14th), Sadio Mané’s friend Desiré Segbe (29th) and Justin Janitzek (71st).

Thanks to the success, the small Bavarians were able to gain some breathing space. The lead over the relegation ranks is now six points again. However, the top two, Würzburger Kickers and SpVgg Unterhaching, are already ten points behind.

Bayern failed to win four times in a row in the Bundesliga, so coach Julian Nagelsmann was already counted. Hasan Salihamidzic presented himself in an interview with the picture on sunday but demonstratively behind the coach and expressed confidence in the coaching team.

“He and his coaching staff know exactly what needs to be done. Above all, Julian knows that he has Bayern Munich’s full backing, and that doesn’t need to be emphasized again and again,” said Salihamidzic. All statements by the sports director on the situation at FC Bayern can be found here.