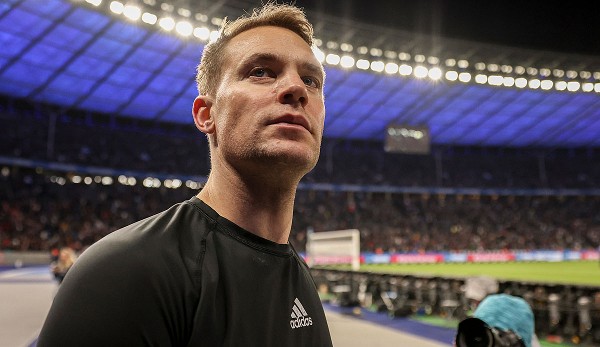 FC Bayern apparently loses a youngster in Serie A, another could follow. There are also more details about Manuel Neuer’s injury – and they sound really bad. In the meantime, FCB missed out on another win in the Bundesliga.

Here are more news and rumors about FC Bayern:

Manuel Neuer’s skiing accident, which resulted in an injury to his lower leg, was apparently more dramatic than previously known. As the sports picture reported, worse consequences of the fractured tibia and fibula (FC Bayern had only communicated a fracture of the right lower leg) could only be prevented by rapid medical care.

The accident on December 9th on the slope of the Roßkopf in the Bavarian Alps resulted in an open fracture, which quickly resulted in heavy bleeding. The wound was somewhat held together by the goalie’s ski boot, but the flaps of skin at the site of the break stretched with bleeding and swelling.

If this had gotten worse, it would have had an impact on the healing process. The rescue helicopter from the accident clinic in Murnau arrived quickly, however, so that the operation could be carried out on the day of the accident. The wound was closed again, no further complications are currently to be expected. He receives lymphatic drainage every day at Bayern’s training ground, and Neuer won’t be able to move his leg again until the end of February at the earliest.

Coach Julian Nagelsmann said about his captain’s injury: “I actually first got a WhatsApp from Brazzo that Manu was seriously injured. At first I thought it was a bad joke.” He was extremely sorry about the injury, “because of course he would have liked to help the team. A support breaks away with him.” It’s a “serious injury, but Manu has proven several times in his career what good healing meat he has”.

FC Bayern, rumor: youngster before moving to Serie A

Bayern youngster Justin Janitzek is apparently about to move to Italy. As reported by transfer expert Gianluca Di Marzio, the 18-year-old centre-back will join US Lecce. The loan should include a purchase option, and the medical check should take place on Wednesday.

Janitzek is currently playing in the second team in the Bavarian regional league (17 games, two goals). In 2018 he switched to FCB from the youth team at VfB Stuttgart, but has not yet made the leap to the pros. In the last group game of the Champions League against Inter Milan, he was still in the squad.

Lecce is also interested in a commitment from Yusuf Kabadayi, there are negotiations. The winger is also 18 years old, comes from his own youth and, like Janitzek, plays for the second team. Due to several injuries, there are only seven games (two goals) and three appearances in the Youth League in the current season.

In February last year, Kabadayi extended his contract until 2024. He said: “I’ve been here since the U8s and I can’t imagine playing for another club. I’m very grateful for the trust that was given to me and me I look forward to my work.”

FC Bayern, News: Those responsible are angry after the Cologne draw

FC Bayern did not get beyond a 1-1 draw against Cologne. Afterwards, coach Julian Nagelsmann criticized the poor handling of the opportunities offered, especially in the second half. “We have a thousand percent chance with Jamal, where we just have to be clearer in a situation like this. Finish clearer,” he said Sat 1. According to Nagelsmann, FC Bayern “played an outstanding second half, but not a good first half. We missed the lucky punch, earlier.”

Captain Joshua Kimmich even criticized the general approach: there was a lack of willingness, attitude, sharpness and mentality, you had to “be more gripping, greedy”. It’s not a matter of “tactics, technique or fitness. That’s the willingness. I expect that we’ll change that relatively quickly.”

Sports director Hasan Salihamidzic was meanwhile annoyed by Serge Gnabry, who attended Fashion Week in Paris on Sunday on the day off. “It’s amateurish. Exactly what we don’t want, which isn’t Bayern Munich. Doing some exercise instead of resting.”