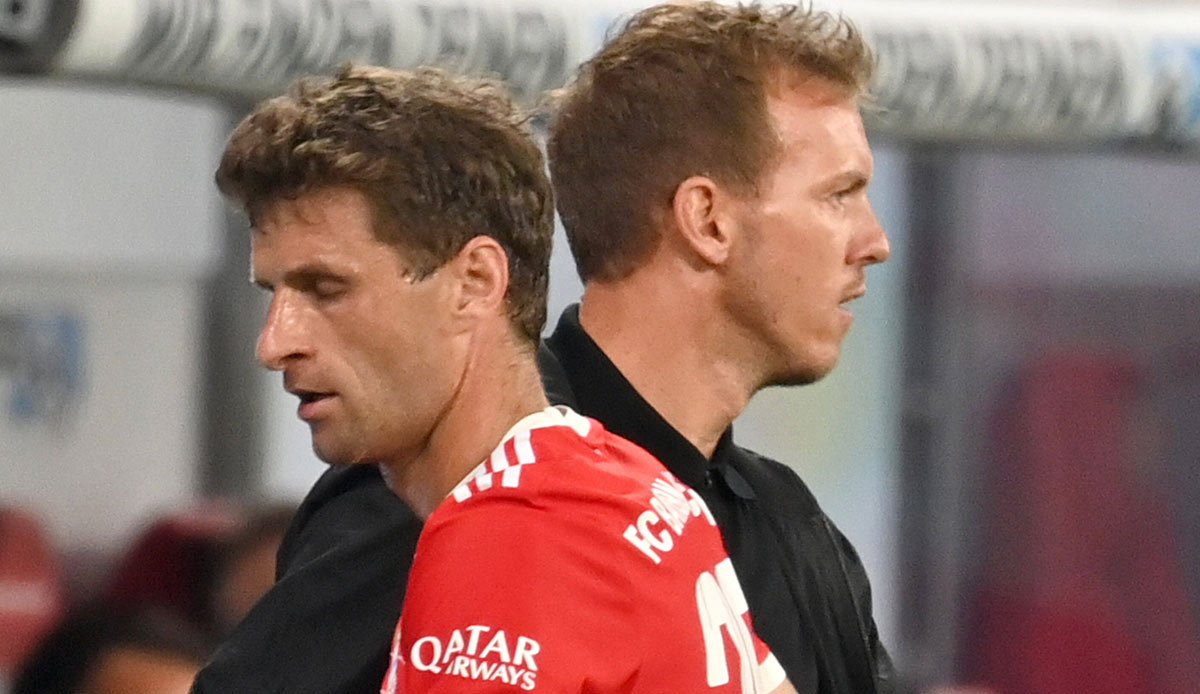 Bayern Munich coach Julian Nagelsmann praised the style of his attacking style after the departure of Robert Lewandowski. But Thomas Müller warned against too early euphoria regarding the newly formed offensive.

“We are very variable at the top. Mane gives us more flexibility. It’s sometimes disgusting to defend. You can feel a lot of good energy,” said the 35-year-old: “If the players up there start gambling, do it fun to watch.”

In total, the record champions have now scored eleven goals in two competitive games. First there was a 5: 3 in the Supercup against cup winners RB Leipzig, before the start of the Bundesliga followed by a 6: 1 at Europa League champion Eintracht Frankfurt. “We’re happy that our game is working so well. The coach pressed exactly the right buttons,” said sporting director Hasan Salihamidzic.

But Müller warned against getting too excited about the newly formed offensive. “There will be other games where we say the center forward was missing today,” said the international. Eintracht’s style of play also accommodated Bayern. “Frankfurt took a risk with the euphoria of the Euro League and wanted to push through with their style of play. We punished this courage,” he said.