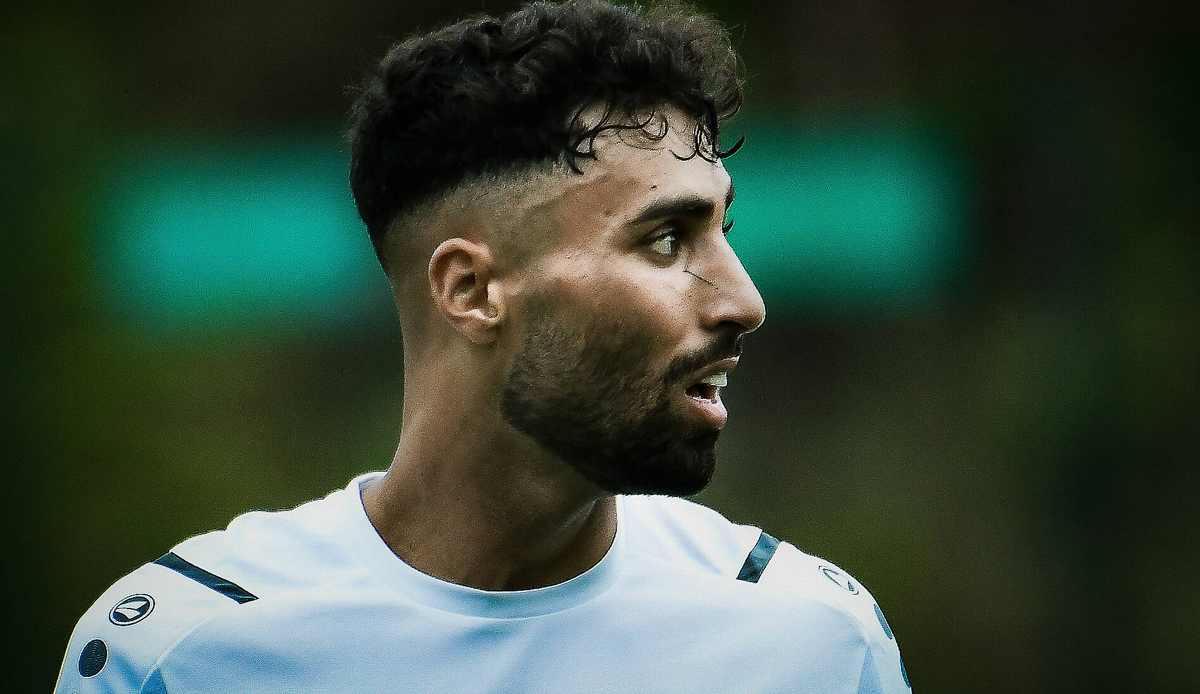 Nader El-Jindaoui is more successful on social media than on the soccer field. Now he’s moving to Hertha BSC’s U23s.

On Friday, Hertha BSC announced the signing of Nader El-Jindaoui for its U23 team in the Regionalliga Nordost. There is actually nothing unusual about this message during the summer break.

The fact that a player moves from the Berliner Athletik-Klub to the second team at Hertha is usually only noticed in the regional media. In the case of the 25-year-old German-Palestinian, things are a little different.

This is not due to the certainly good footballing qualities of the 25-year-old center forward, but to his very successful career as an influencer and YouTuber. El-Jindaoui has 1.6 million followers on Instagram and 1.19 million subscribers on YouTube.

“It has always been my dream to play for Hertha BSC one day. Thanks to the good conversations I had with the coach and those responsible, I’m absolutely convinced that I made the right decision. I’m very happy and really want to play with to deliver to the boys on the pitch,” El-Jindaoui is quoted as saying on the club’s website.

El-Jindaoui has had a two-pronged approach for some time: football and social media. At a young age, in cooperation with the sporting goods manufacturer adidas, he produced a few short clips that told about his career and the way from his injury back to football.

With his current wife Louisa, whom he met nine years ago at a Berlin subway station, he founded the YouTube channel in 2019 Jindaouis, in which they mainly showed challenges. The channel attracted more and more interest. In 2020 it was one of the five fastest growing channels in Germany.

In terms of numbers, his Instagram account also developed similarly steeply. In this, El-Jindaoui lets his followers participate in his daily life. You can also watch baby Imani, who is currently seven months old, growing in it.

Financially it all seems to be worth it – more than football. “I have less pressure now because I’m no longer financially dependent on football,” said the striker last year.

Hertha: El-Jindaoui should lead U23

Throughout the years of social media rise, he has always remained true to football. El-Jindaoui has played for the second teams of Fortuna Düsseldorf and Greuther Fürth, SV Babelsberg 03 and Berliner AK. In his youth he was active for Tennis Borussia Berlin, Energie Cottbus and Chemnitzer FC.

In the senior division, El-Jindaoui scored 30 goals in 166 games and prepared 26 goals – last season alone he netted 14 times for the Berlin AK in the regional league. As a result, Hertha also became aware of him – and has high expectations of their new player.

“Nader comes to us with the recommendation of more than 100 regional league games and will do our young team extremely good with his experience. Together with our three training assistants Tony Fuchs, Cimo Röcker and Maurice Covic, he will lead our team. He also has enormous Qualities in the top third,” said Hertha Academy Director Pablo Thiam at his presentation.

The social media department will also be happy about his commitment. With his help, the number of followers on Instagram and YouTube can soon achieve hitherto unknown records.