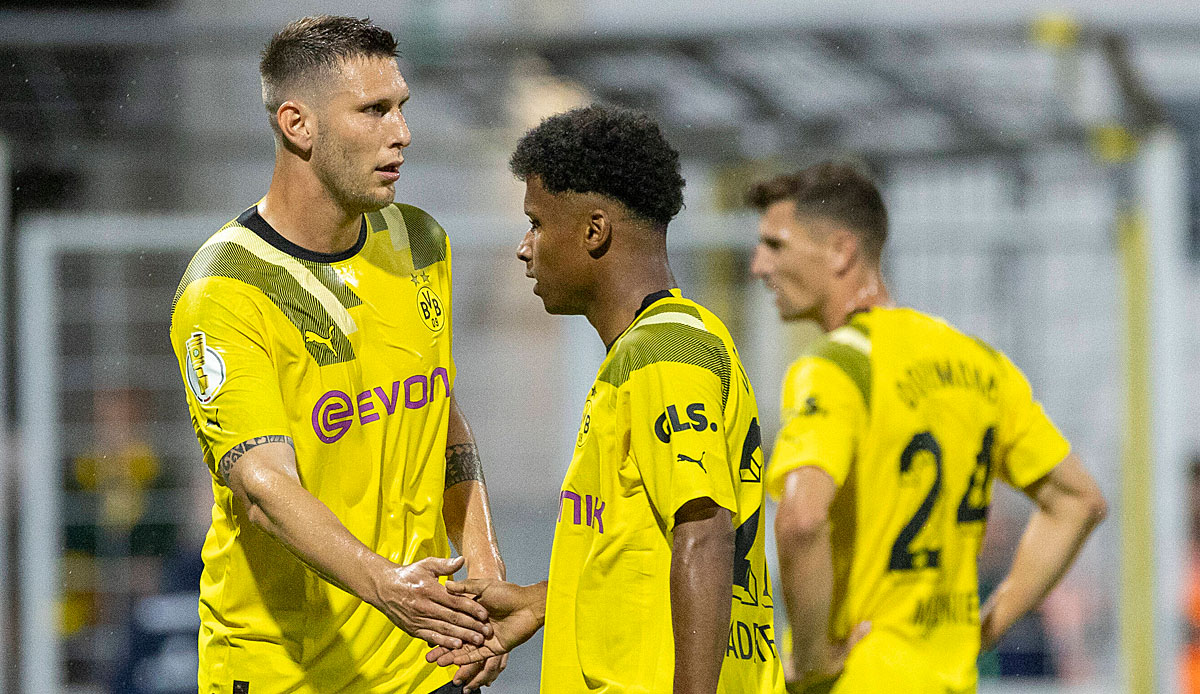 BVB apparently has to do without new signing Niklas Süle for longer than initially feared. The German national player was substituted at half-time in the cup win at 1860 Munich.

To sky-Information, Süle has suffered a muscle injury and is out for the time being. His participation in the Bundesliga opener next Saturday against Bayer Leverkusen is ruled out, the exact downtime has not yet been determined.

Dortmund coach Edin Terzic sounded even more optimistic after the game with the lions and spoke more or less of a precautionary measure. “Niklas felt a little something on his thigh. That’s the good thing, we don’t have to take any more risks, we were able to substitute Mats Hummels. That’s how we imagine it.”

It should also be that Hummels who replaces Süle in the starting XI and takes the place alongside Nico Schlotterbeck in central defence. At the start of the competitive game, Terzic opted for a back four and gave the Süle-Schlotterbeck duo the lead over the experienced vice-captain.

The two “did it really well during the week. That doesn’t mean that Mats did it worse. But it has to hit you. It hit Mats today, but he’s dealing with it professionally and we’re sure that we will we can rely on him”, Terzic explained his decision and praised Hummels for his appearance after being substituted on. “He played an excellent game. He was there straight away, very present, very good in tackles, very clear in passing.”