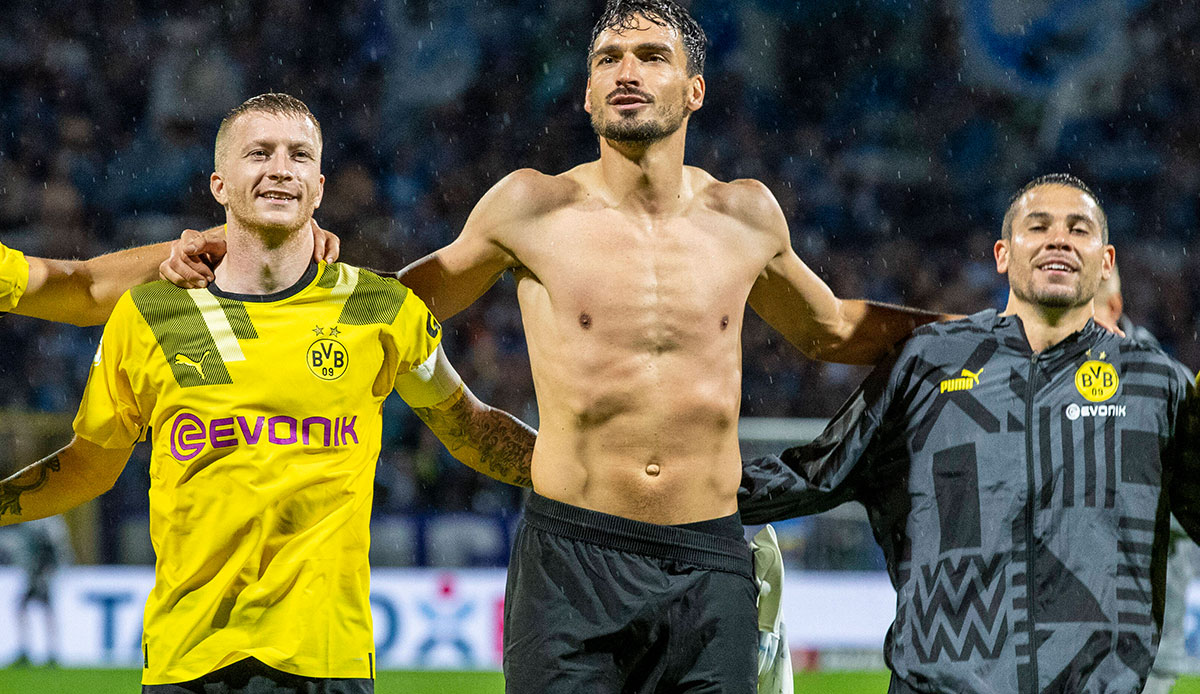 At Borussia Dortmund, coach Edin Terzic celebrates his veteran Mats Hummels, whom he put on the bench in the first competitive game of the season. A Hummels representative, on the other hand, is very happy. And: BVB gets a “visit” in Signal-Iduna-Park. This and more in the news and rumors about BVB.

You can find more news and rumors from the world of BVB here.

Nico Schlotterbeck celebrated a successful competitive debut for Borussia Dortmund in a 3-0 win over TSV 1860 Munich. After BVB’s first round appearance in the DFB Cup, the ex-Freiburg player was showered with a lot of praise – the enthusiasm for the international was great, especially on social media.

An enthusiasm that Schlotterbeck shares. After the victory in Dortmund, Schlotterbeck was happy that he was now playing for BVB: “I can say that I really like the club. We’ve had good preparation and I think we’re already very fit.” Schlotterbeck already expressed this “total buck” at his presentation – so it goes on like this.

BVB: The new signings from Borussia Dortmund at a glance

BVB’s long-serving head of defense only came in for Süle at the break and earned a lot of praise from his coach for his 45-minute appearance. “He came on in the second half and made an excellent game. He was there straight away, very present, very good in tackles, very clear in the passing game. That’s how we imagine it,” said Terzic.

Süle’s substitution had something to do with the fact that, according to Terzic, the ex-Munich player “felt a little something in the front thigh”. Terzic continues: “And that’s the luxury we have, that we don’t have to take any more risks, but can substitute someone with Mats Hummels without losses.” But Hummels would rather play from the start.

Notes on the BVB victory: Moukoko’s application for a new striker

BVB, News: U23 have to play longer in the Signal Iduna Park

Normally, the U23s of Borussia Dortmund play in the Rote Erde stadium – however, renovation work is currently being carried out there and an unscheduled return of the U23s is still in the stars. Normally, BVB’s third division squad should return to the stadium in August, but nothing will come of it.

According to the Ruhr news determined that there are significantly more cavities below the playing field than originally assumed. That means it will take longer to fill out. “Unfortunately, based on the current knowledge, the previous schedule cannot be kept. The construction time for exploration and safety measures will be extended by at least three months,” said the city of Dortmund.

This means that the U23s not only have to switch to Signal-Iduna Park in their first two home games against FC Ingolstadt (August 7) ​​and Rot-Weiss Essen (August 13), but also against SC Freiburg II (August 28). August) and VfB Oldenburg (September 10). If it takes longer, it could become difficult.