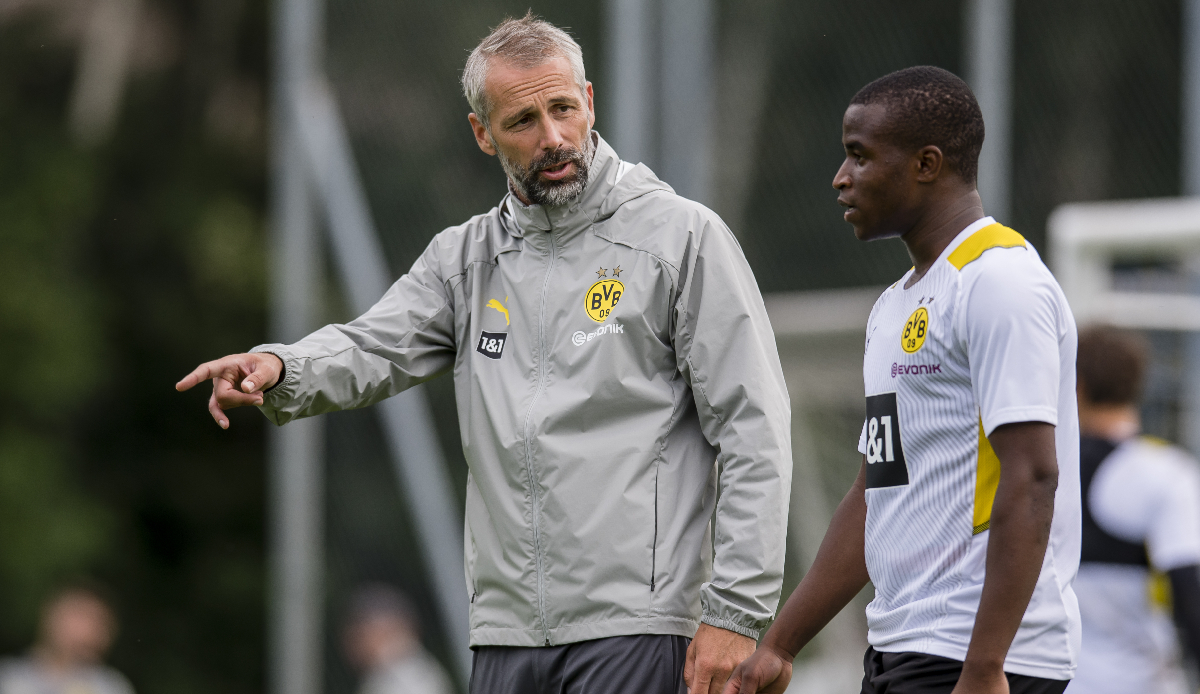 BVB head coach Marco Rose has found clear words about the media handling of Youssoufa Moukoko. Rose also commented on his future at Dortmund. Fredi Bobic, manager of Hertha BSC, has announced that the Berliners will legally examine the transfer of Marcel Lotka to BVB. The news and rumors about Borussia can be found here.

Click here for the news and rumors of the day before.

At the press conference after BVB’s 3-1 win over Greuther Fürth, when asked about Youssoufa Moukoko, Marco Rose found clear words about the reporting on the young striker. “Do you actually know how old he is? He’s 17. Normal people who aren’t involved in high-performance sport still talk about children. And then they write: ‘The crash of Youssoufa Moukoko.’ – I don’t know how I would have felt at 17 if I had to read something like this about myself,” Rose said.

“What I wish for is that the boy is allowed to be 17 and that the church is left in the village somewhere and that there is no additional pressure,” continued the Dortmund coach.

Rose also explained that he hopes to continue working with Moukoko at BVB. the picture reported on Saturday that Dortmund would be willing to sell the youngster in the summer if they could secure a buyback option.

Before the game against Greuther Fürth, Sebastian Kehl, Head of the BVB Licensing Division, said when asked whether Rose would continue to coach BVB in the coming season: “I’m assuming that will be the case today.”

As Rose on the microphone of sky was confronted with this statement, the BVB coach found clear words. “What can I tell you about that? You’re trying to conjure up something out of something again. Aki Watzke, Michael Zorc, Sebastian Kehl and I work relatively trustingly – not relatively, but very trustingly – together. It’s football. It “There are people who say I’m not the right one. And there are a lot of people who say the circumstances were difficult. You rarely accept that,” Rose explained.

Rose also made it clear: I’ll be the coach of Borussia Dortmund next season and I’m looking forward to it because I have a very good relationship with my team and I want to get something off the ground here! It’s football. You can lose two games and be gone again. So I’m taking it easy.”

Twelve seconds!? These are the fastest BVB sending offs

Hertha now wants to take legal action against Dortmund and reverse Lotka’s transfer. “It’s going to be a legal thing now. We want to talk about it calmly when it’s all over,” said Hertha manager Fredi Bobic. “He also signed a contract in Dortmund.”

According to the Picture-Zeitung, the contract of the 20-year-old, who would have actually moved from Berlin to BVB’s second team next summer, was extended again by Hertha.

Apparently, this was made possible by a clause that gave the Berliners the opportunity before April 30 to extend the keeper’s contract by another year. To pictureHowever, BVB is said to have never found out about this clause. Now the case will apparently be resolved in court

BVB: The last game of the season